NASA Auditor: Moon Rocket Over Budget And Behind Schedule, Agency Must Alert Congress 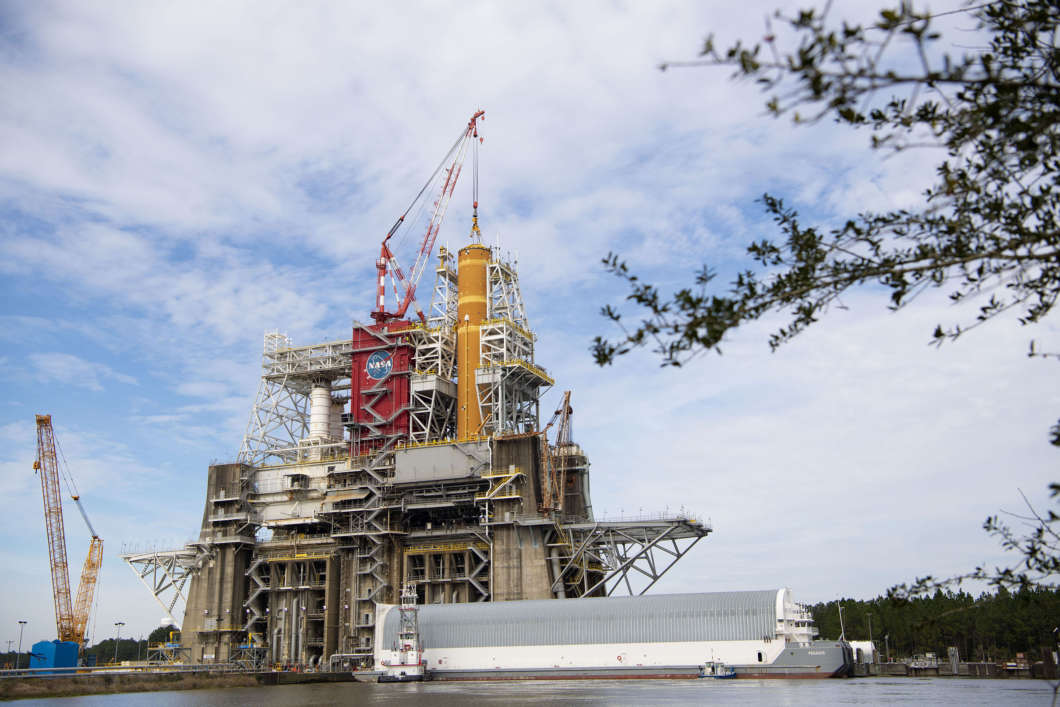 NASA’s next moon rocket continues to be over budget and behind schedule, according to a new audit. The agency must now explain the delays and overruns to Congress.

The audit from NASA’s Office of Inspector General found NASA continues to struggle with the development of the SLS rocket — from program costs to scheduling.

The first launch of the rocket has slipped yet again into 2021, which the inspector general says will bring the total program cost to over $18 billion at the time of its first launch.

The audit blames NASA mismanagement of the program and a poor performance by Boeing,one of the rocket’s primary contractors. It also cites technical issues from other contractors like Northrop Grumman and Aerojet Rocketdyne for additional delays.

The program exceeds its Agency Baseline Commitment — the cost and schedule estimates NASA provided to Congress — by at least 33 percent. The audit finds that number could increase to 43 percent or higher if the program faces additional delays.

The Inspector General asked NASA to alert Congress of the cost overruns and take a closer look at how the agency manages the staff and cost estimates of the program.

NASA managers have agreed to assess the program and present the results to Congress.

The first SLS rocket is undergoing testing in Mississippi before traveling to Kennedy Space Center later this year.