NASA Astronaut Will Vote From Space 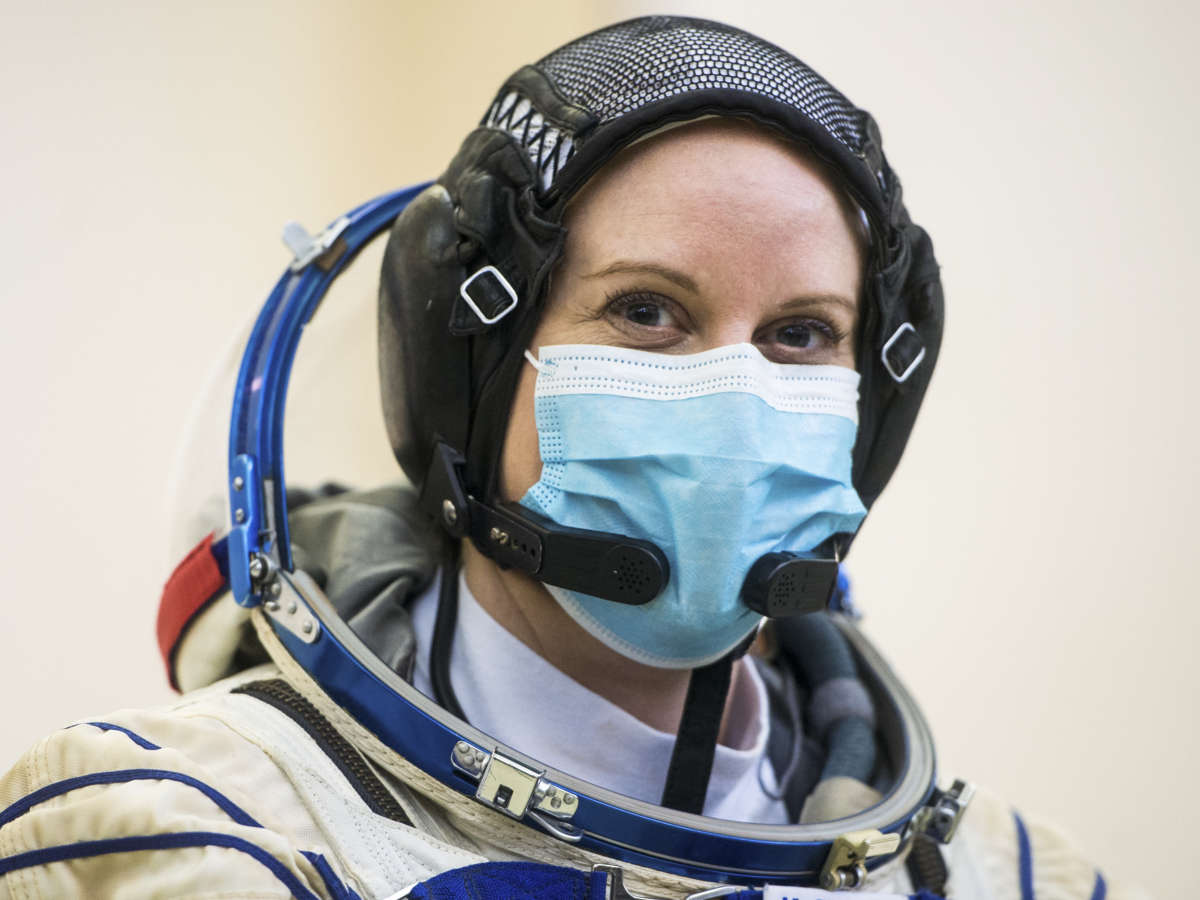 On Election Day, NASA astronaut Kate Rubins will be more than 200 miles above her nearest polling place. But she’s still planning to vote — from space.

“It’s critical to participate in our democracy,” Rubins told The Associated Press. “We consider it an honor to be able to vote from space.”

Rubins, who has a doctorate in cancer biology from Stanford and was the first person to sequence DNA in space, is currently training for her upcoming six-month mission on the International Space Station.

Voting from the space station is similar to voting absentee from anyplace on the planet — except instead of relying on the U.S. Postal Service to deliver the ballot, Rubins will get hers forwarded electronically from Mission Control in Houston.

“Using a set of unique credentials sent to each of them by e-mail, astronauts can access their ballots, cast their votes, and downlink them back down to Earth,” the Smithsonian National Air and Space Museum explained in 2018.

The ballot is then sent to the county clerk for tabulation.

American astronauts have been able to cast ballots from above for over two decades now, ever since a Texas lawmaker learned that astronaut John Blaha couldn’t vote in the 1996 presidential race between President Bill Clinton and Bob Dole. At the time, Blaha was serving on Russia’s Mir Space Station, a predecessor to the ISS.

“He expressed a little bit disappointment in not being able to do that,” Republican state Sen. Mike Jackson told NPR’s Nell Greenfieldboyce in 2008.

Voting from space had never really been an issue before then, because NASA astronauts typically spent no more than about two weeks on shuttle missions. But with the advent of the space station, Americans were sometimes on missions for months at a time.

So a new law was born. “I can attest to how important one person’s vote is, because my first election, I won by seven votes out of over 26,000,” Jackson said.

Texas lawmakers approved the measure in 1997, and then-Gov. George W. Bush signed it into law. That same year, astronaut David Wolf became the first American to “vote while you float,” as NASA cheekily put it.

“I voted alone up in space, very alone, the only English speaker up there, and it was nice to have an English ballot, something from America,” Wolf told The Atlantic in 2016. “It made me feel closer to the Earth and like the people of Earth actually cared about me up there.”

Most NASA astronauts live in Houston, so since that Texas law was passed, several astronauts have been able to cast ballots from above. This isn’t even the first time Rubins has exercised her orbital privilege; she also voted in the 2016 presidential election from the space station — listing her address as “low-Earth orbit.”

“I think it’s really important for everybody to vote,” Rubins said. “If we can do it from space, then I believe folks can do it from the ground, too.”