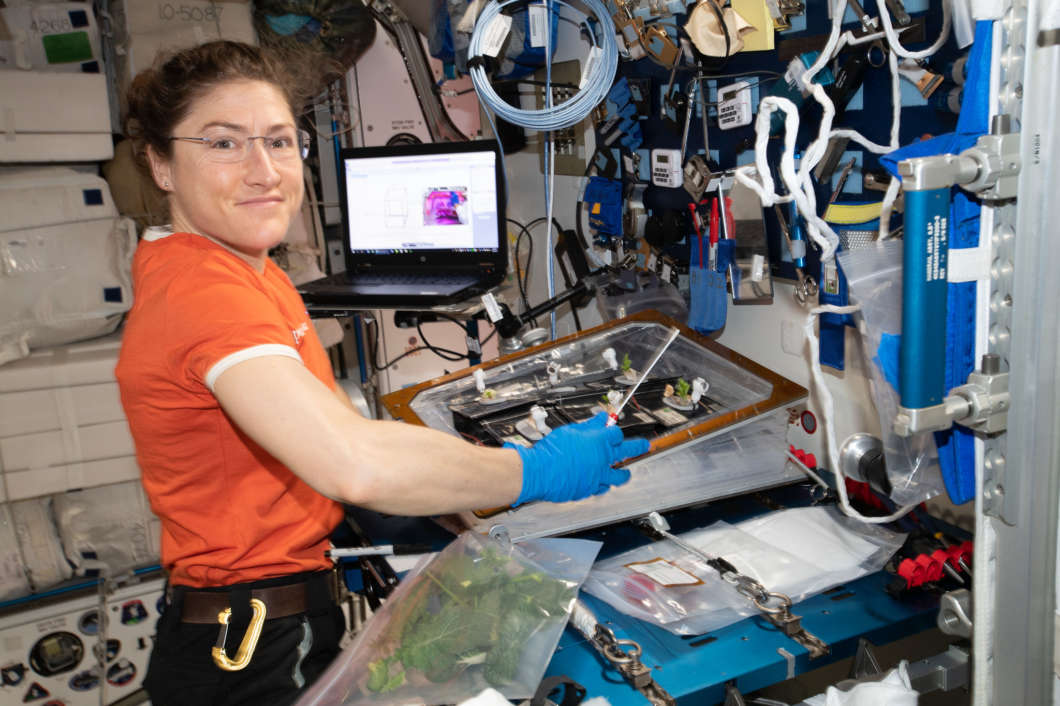 NASA astronaut Christina Koch conducts botany research aboard the International Space Station, where she’s been living and working since March 14, 2019. Her mission has been extended, and she will remain at the station until February 2020. Photo: NASA

A NASA astronaut is on track to set a new record in space: the longest single spaceflight by a woman.

Astronaut Christina Koch launched to the International Space Station last month. The agency set a new schedule for the crew and announced she will stay on the station until February 2020.

That puts Koch on-track to beat the previous record for a female astronaut — Peggy Whitson spent 288 days on the station. Koch will come close to Scott Kelly’s “Year in Space” which was 340 days.

“I don’t necessarily count days or numbers, it’s definitely very early in the process to talk about records, but I really just take it one day at a time,” said Koch on a call from the station.

“[The agency] is looking to build on what we have learned with additional astronauts in space for more than 250 days,” said Jennifer Fogarty, NASA’s chief scientist of the Human Research Program. “Christina’s extended mission will provide additional data for NASA’s Human Research Program and continue to support future missions to the Moon and Mars.”

The extension also gives NASA more time to approve commercial partners SpaceX and Boeing.The two companies are planning to launch astronauts to the station as early as this summer but have faced multiple delays.

NASA also announced astronaut Jessica Meir will launch to the station in September on her first spaceflight.