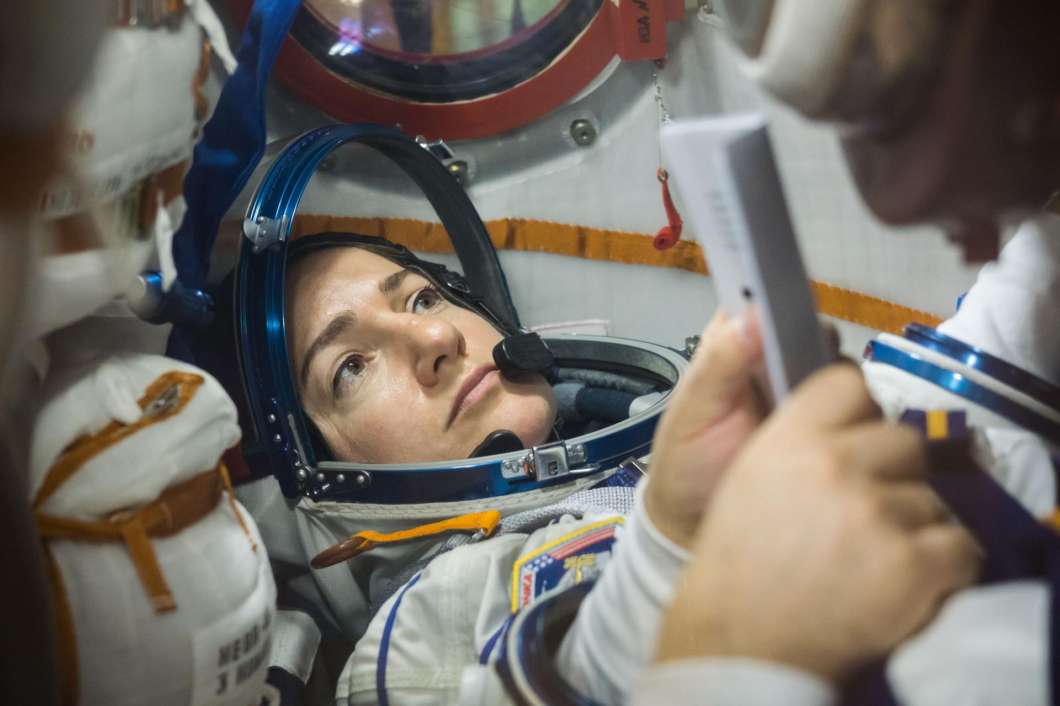 NASA's Jessica Meir trains for her launch to the International Space Station.

A NASA astronaut is heading to the International Space Station Wednesday, hitching a ride on Russian Soyuz rocket.

NASA’s Jessica Meir, along with a Russian cosmonaut and UAE space traveler, launched to the ISS from Kazakhstan.

It will take about six hours for the crew to get to the station. Once the new crew arrives, the station will have 9 people on board.

NASA is working with private companies SpaceX and Boeing to ferry astronauts to the station and end the reliance on the Russian space agency.

Watch a video of the launch with a report from Brendan Byrne below, and follow our Facebook page to watch live launches from T-0.