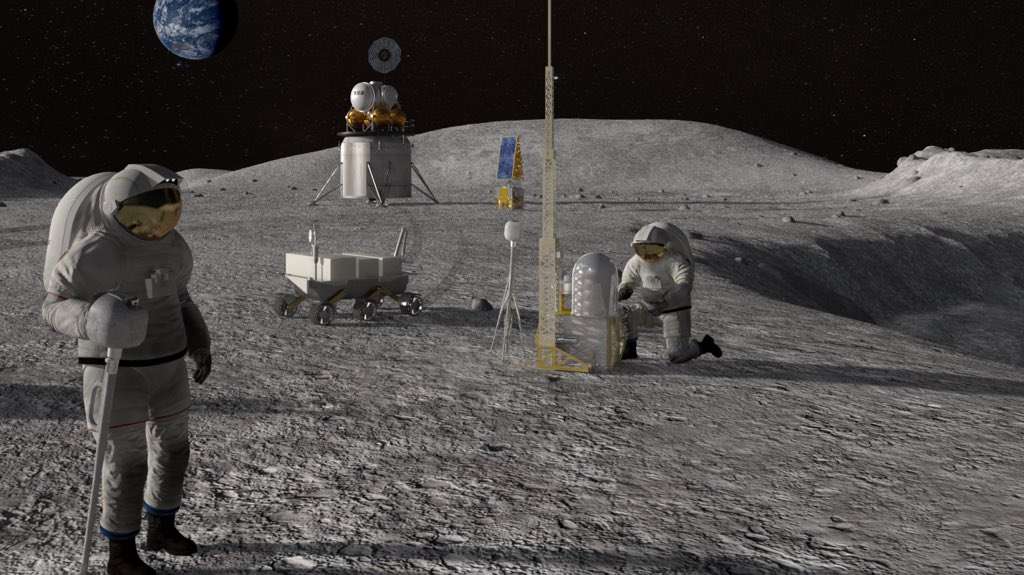 The Trump administration wants to put humans on the moon by 2024 -- four years sooner than previously planned. Photo: NASA

NASA is asking private companies to design and build a new lunar lander. The agency is preparing to launch humans to the surface of the moon from Kennedy Space Center by 2024.

NASA administrator Jim Bridenstine said to meet that goal, the agency is asking the private space industry to design a critical element — a lander that will get astronauts safely to the surface of the moon.

The agency said the solicitation could result in multiple awards for contractors to continue research and development of the spacecraft.

“This sense of urgency is a big part of what we all believe is going to be a critical component in driving success,” said Space Florida’s Dale Ketcham. “If you put a deadline out there that’s real, immediate and in your face, it’s going to drive innovation, it’s going to drive activity and that’s going to lead to success. We’re really excited about it.”

NASA is also asking for smaller landers to help send science and cargo to the moon even sooner, announcing awards for those contracts as early as this month.

Bridenstine said the agency will submit an amended budget proposal that includes funding for the accelerated moon mission to Congress next week.