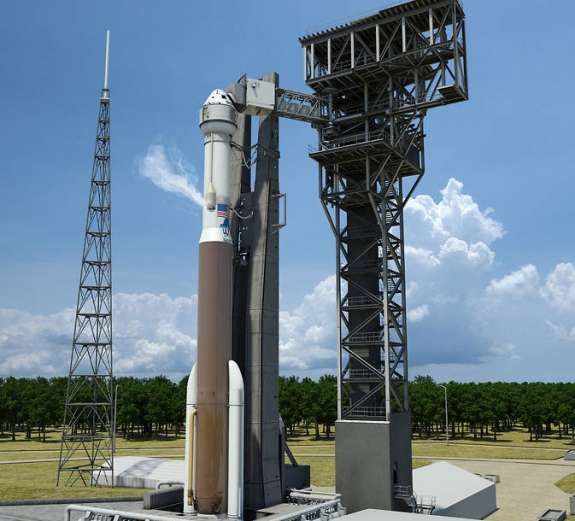 A groundbreaking ceremony at Cape Canaveral Friday marks a milestone in American efforts to once again launch astronauts to the International Space Station.

NASA, Boeing, and United Launch Alliance will be among the agencies present as construction begins on a new commercial crew access tower. The 200-foot tower is a portable elevator of sorts, designed to lift astronauts to the crew capsule atop a rocket ready on the launch pad.

Space Florida’s Dale Ketcham says the access tower reflects America’s desire to return to its own manned space missions, after the Space Shuttle program ended in 2011.

“We’ve been forced to rely on the Russians for the last four years, which is obviously distasteful to any American,” says Ketcham. “So the urgency with which we can return our own capability to get to space is extremely important, and tomorrow’s groundbreaking is the next appropriate step.”

Ketcham says it’s not clear when the crew access tower will be finished, but commercial crew flights to the ISS could begin as early as summer 2017.