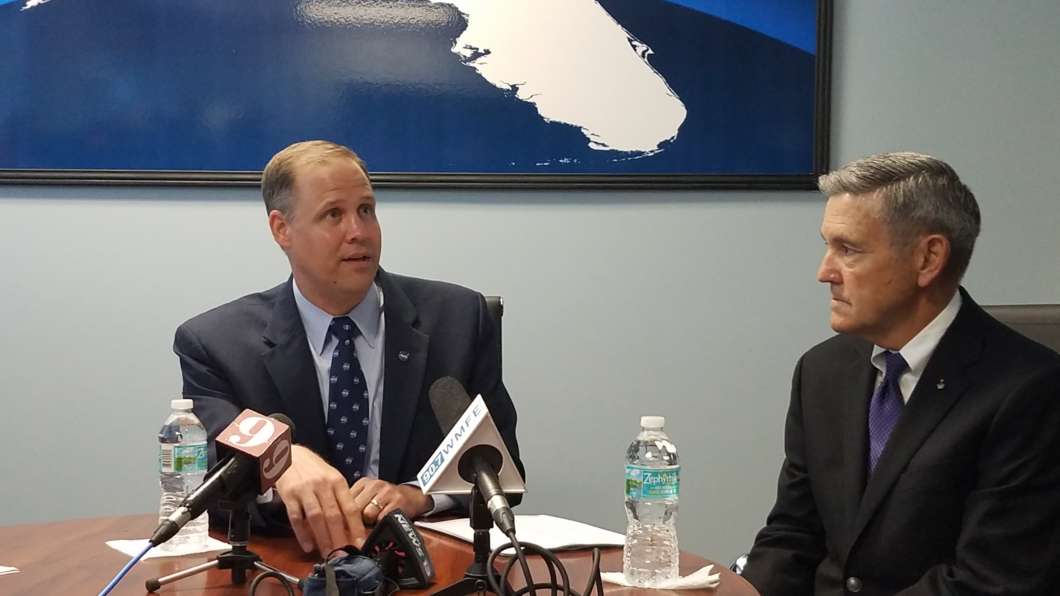 NASA Administrator Jim Bridenstine wants to see the U.S. as a leader in rocket launches. His remarks followed a two day tour of the Kennedy Space Center.

“If we are successful in the commercial capabilities being developed, we’re going to have more launches than we know what to do with. That’s what Kennedy Space Center is really good at.”

President Trump signed Space Policy Directive 2 back in May which implements regulatory reforms to streamline launch licensing. “There is no shortage of opportunity for launch in this country and the more we can increase the throughput of launch at the Kennedy Space Center, the better it’s going to be for the United States of America,” said Bridenstine. “We want launch to be an export for this country.”

The new administrator also revealed details about NASA’s lunar ambitions — putting a space station in an orbit around the moon for future exploration. President Trump has directed NASA to return astronauts to the moon. Bridenstine said the first part of that plan, an uncrewed power and propulsion module could launch from KSC as early as 2022.

Bridenstine also visited commercial crew capsules from SpaceX and Boeing. The two private companies are working with NASA to taxi astronauts to the International Space Station. Human test flights of those capsules are scheduled for mid 2019.