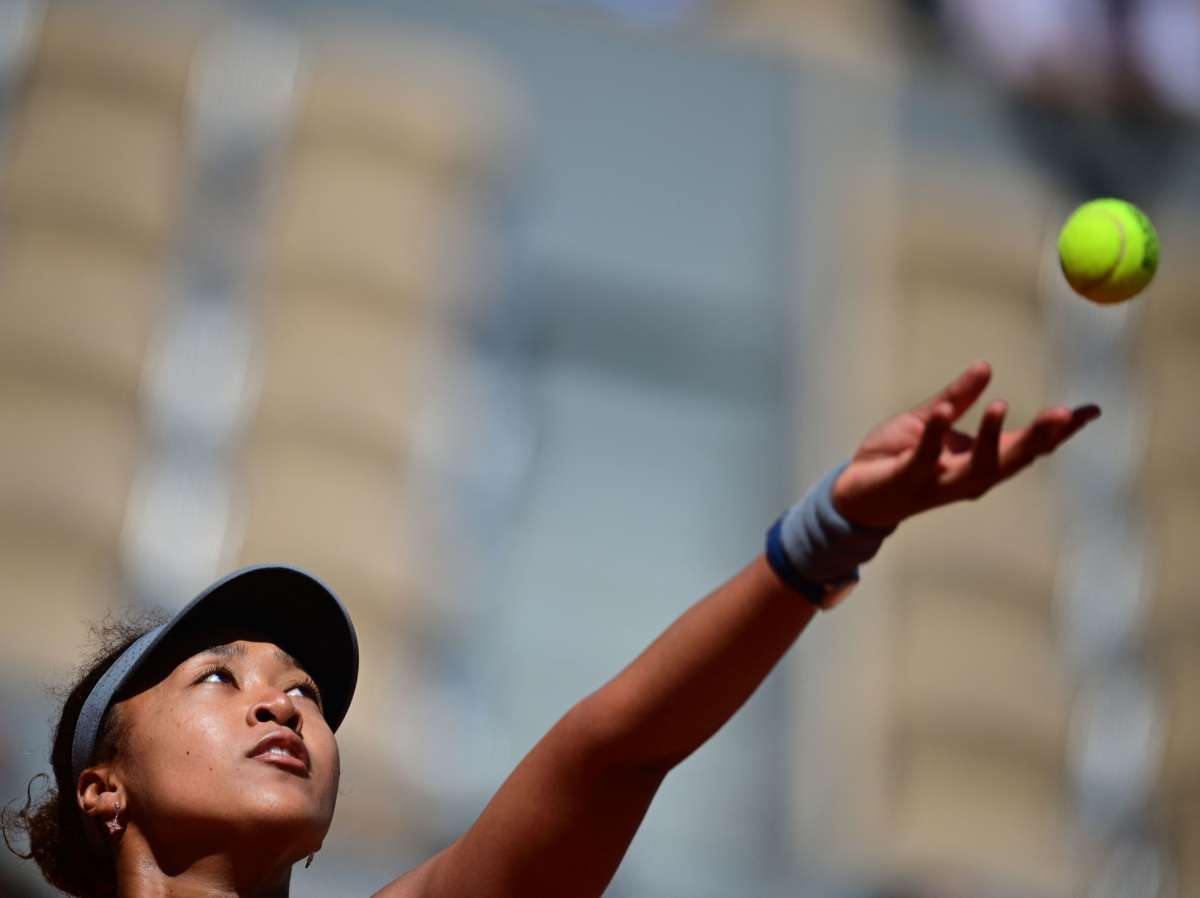 Japan's Naomi Osaka eyes the ball as she serves during the first round of the French Open tennis tournament in Paris on Sunday.
Image credit: Martin Bureau

Many of the world’s top athletes have rallied around tennis star Naomi Osaka and her decision to pull out of the French Open — decrying a culture that doesn’t always give athletes the support they need in times of mental distress.

When the four-time Grand Slam champion said she wouldn’t take part in required press conferences due to concerns over her mental health, officials responded by fining her $15,000 and threatening to expel her from the tournament.

Osaka, 23, then pulled out of the French Open entirely, revealing in a statement that her decision to not talk to reporters was due to struggles she has experienced in recent years: “The truth is that I have suffered long bouts of depression since the US Open in 2018 and I have had a really hard time coping with that.”

“Though the tennis press has always been kind to me,” she wrote, “I am not a natural public speaker and get huge waves of anxiety before I speak to the world’s media.”

She was already feeling vulnerable and anxious, she says, “so I thought it was better to exercise self-care and skip the press conferences. I announced it preemptively because I do feel like the rules are quite outdated in parts and I wanted to highlight that.”

NBA star Steph Curry said he admired Osaka’s gutsiness. “You shouldnt ever have to make a decison like this-but so damn impressive taking the high road when the powers that be dont protect their own. major respect,” he wrote.

Basketball hall of famer Lisa Leslie lamented that Osaka was penalized rather than aided when she expressed her mental health needs.

“It’s so sad that we are in a time that when a young person tells you they need help or a break, people respond with anger and a lack of support! I stand with you @naomiosaka Your mental health is just as important as your physical health” she tweeted.

Kyrie Irving of the NBA’s Brooklyn Nets responded to Osaka on Instagram: “We are all with you Queen. Just Be You, that will always be enough.”

“Even though it shouldn’t have to be like this, I’m proud of you for putting your foot down. Your mental health matters and should always come first,” wrote gymnast Laurie Hernandez.

British sprinter Dina Asher-Smith responded with a broader message to the world: “If someone is taking steps to protect their mental health people should listen and work together – not double-down and put her in this position. Athletes’ mental health needs to be taken seriously + prioritised. We are people too.”

Osaka’s competitors on the court rallied around her, too.

Venus Williams said she was proud of Osaka: “Take care of yourself and see you back winning soon!”

Women’s tennis trailblazer Billie Jean King initially expressed mixed feelings about Osaka’s refusal to participate in press conferences at the tournament, tweeting on Sunday that she has always believed athletes have a responsibility to talk to the media.

“In our day, without the press, nobody would have known who we are or what we thought. There is no question [the press] helped built and grow our sport to what it is today,” King wrote.

But after Osaka told the world she had been going through mentally, King’s reaction shifted.

“It’s incredibly brave that Naomi Osaka has revealed her truth about her struggle with depression. Right now, the important thing is that we give her the space and time she needs. We wish her well,” she wrote on Monday.

Christine Brennan, USA Today sports columnist, told NPR’s Morning Edition that athletes are required to take part in press conferences because it helps to promote the sport, and share the athletes’ perspective.

This is a crucial moment in culture and in sport, Brennan said, because sports often drive important national and international conversations that otherwise might not happen – like this one, on mental health.

“I think Naomi Osaka now, at 23, is going to lead us there in a very important way, to help herself, and hopefully help others.”