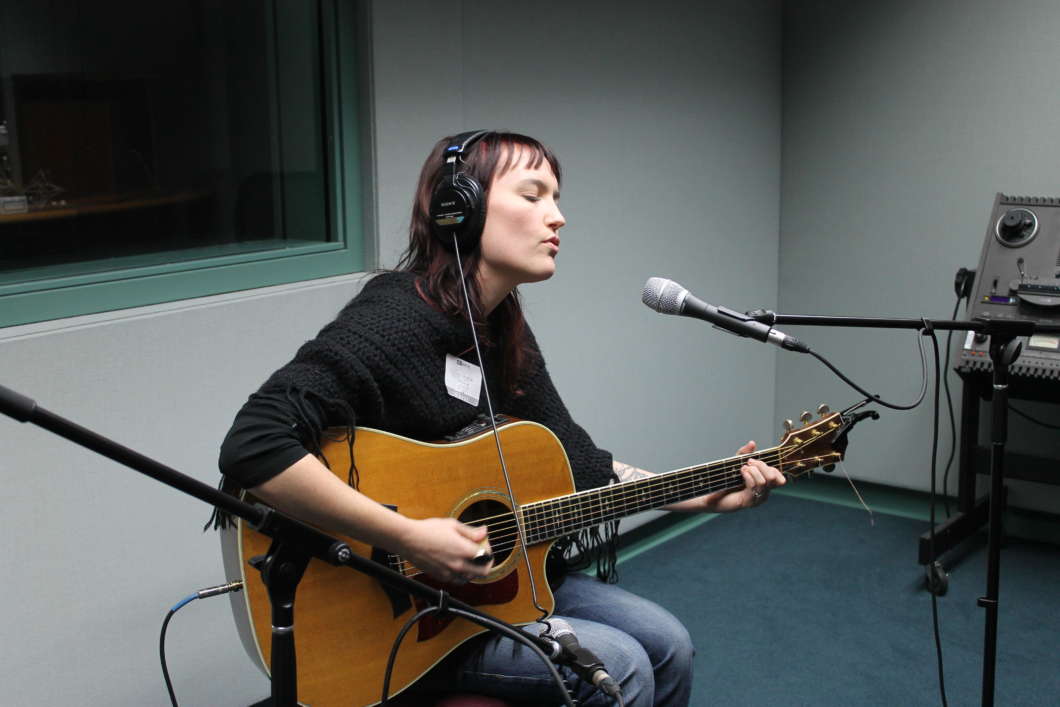 Hannah Harber of the band Hannah Harber & The Lionhearts joins Intersection to discuss the making of their debut album, “Long Time Coming,” which was released on Jan. 9.

Harber and her band began the creative process for the album about a year ago, with fans donating money to them through a Kickstarter campaign. The band recorded all of the album’s instrumentation at the Pioneer Sound Recording Studio in Casselberry before traveling to Nashville, Tennessee, to do the vocals and audio mixing.

Hannah Harber & The Lionhearts has built a Central Florida following with performances at local venues like Gram Parsons Derry Down in Winter Haven. Harber, a University of Florida alum, and her bandmates have embraced their roots, even incorporating a photo of an old Florida motel sign that used to sit on SW 13th Street in Gainesville into their t-shirt design. Harber described the design as “Florida-honoring.”

Harber says she believes the band has contributed to the trend of homegrown musicians in Florida.

“We’re hoping to honor those that came before us and also tap into whatever feels like an honest sound to be made right now,” Harber says.

Harber’s husband, Thomas Wynn, produced “Long Time Coming,” and played drums on some of its tracks.

The couple tried to separate their personal and professional relationships as much as possible.

“It’s funny to have your creative life combined with your personal life in that way, and so we try not to let too much of the connection that we have personally be what supersedes a creative endeavor,” she says.

As a young musician, Harber emulated the vocals of established singers like Patty Griffin, but she has learned to use her natural singing abilities to convey messages through song. Seeing bands like The Avett Brothers and The Ducks with her parents while growing up helped to show her that musicians with all types of vocal range can be successful, she said.

“I just really latched onto this idea that you can sound however you want to sound and chase the muse however you like to, but as long as it feels honest to you,” Harber said.

Hannah Harber & The Lionhearts will perform at Will’s Pub on Saturday, Feb. 16.

Click below to hear the tracks Hold On You  and Oh Papa.