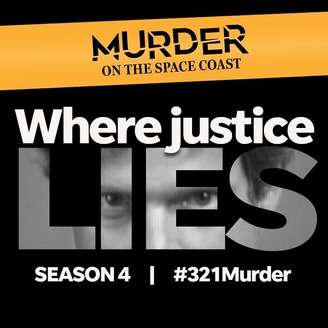 Season three of the show investigated the 2006 disappearance of Malabar volunteer firefighter Brandy Hall. Season 4: “Murder on the Space Coast: Where Justice Lies,” tells the story of Jeff Abramowski, a Coast Guard veteran who got addicted to oxycontin after a car accident in Melbourne, who was convicted of the 2002 murder of retiree Cortney “Dick” Crandall.

“For season four, we went back to our roots — a real murder investigation,” Torres said.

Abramowski’s case is a whodunnit full of twists and turns, including witnesses allegedly falsifying testimonies and police contradicting their previously taped statements.

“Everybody lied in this case,” Torres said. “How do you call that a fair trial?”

While Abramowski insists his innocence, Torres said his main purpose for investigating the case was to bring light to what he sees as a miscarriage of justice.

“If Jeff is guilty, that’s fine, but he deserves a fair trial,” Torres said.

Torres joined “Florida Today” in 2001 as a columnist. In addition to his podcast, he has authored multiple children’s books.

Click on the link to listen to new episodes of “Murder on the Space Coast”.