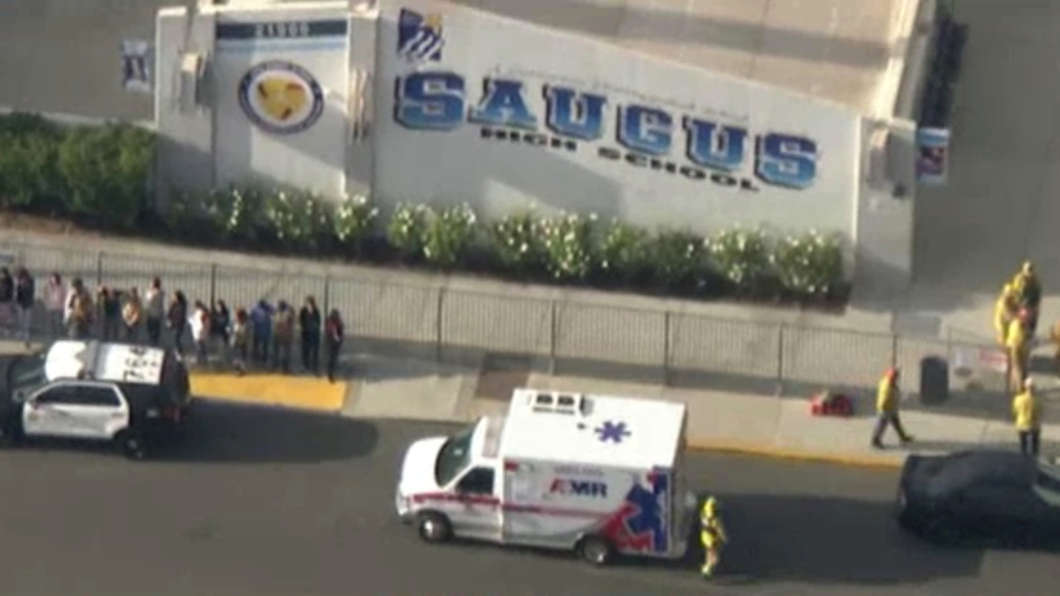 The Santa Clarita Valley Sheriff’s Station says “approximately 5 victims” were being treated for injuries, though it’s not yet clear whether those injuries were from gunfire or whether anyone was shot. All of the victims have been transported to hospital.

The shooting was reported around 7:05 a.m. local time, the sheriff’s department says. After deputies reached the school, they cleared out the campus and began a systematic search for the suspect on school grounds and in the nearby area.

Law enforcement officials were still looking for the gunman, whom they described as a male wearing black clothing. Nearby residents were asked to “shelter in place and report any suspicious activity,” says Tim Murakami, undersheriff of the Los Angeles Sheriffs Department.

“Deputies responded to reports of shots fired,” the Santa Clarita Valley Sheriff’s Station says via Twitter. It adds, “This is an active shooter situation.”

In an update, the department says, “If you live in neighborhoods anywhere near Saugus High, PLEASE LOCK DOORS and stay inside. If you see suspect, male dark clothing, in backyards, etc. CALL 911.”