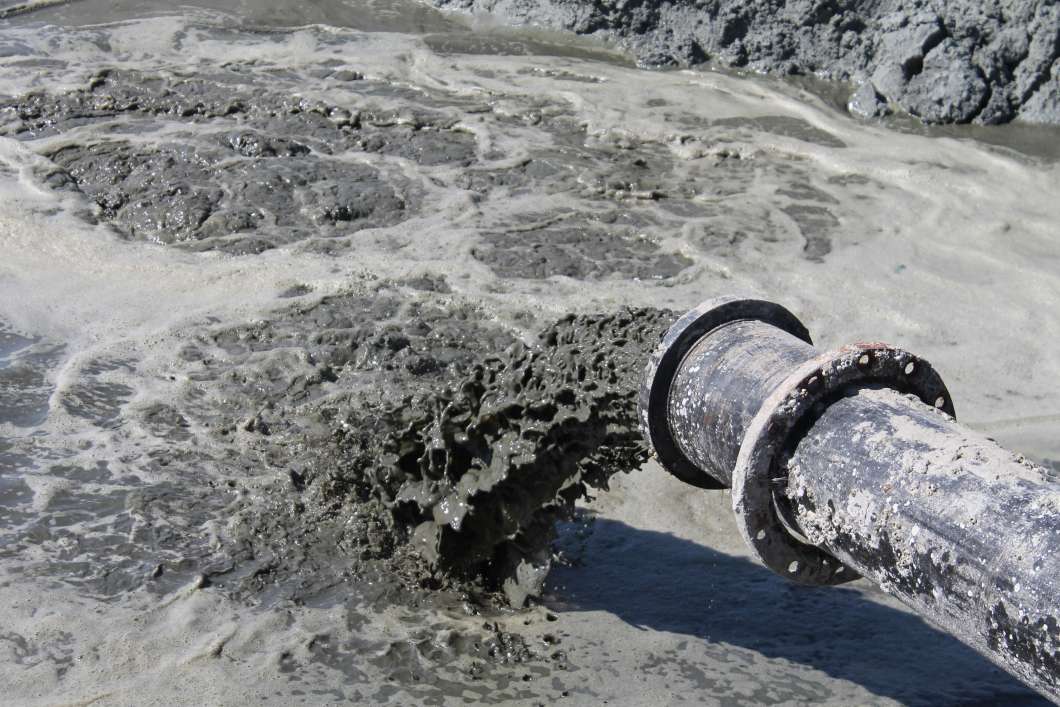 Muck pours from a pipe into a seven-acre island retention site in the Indian River Lagoon. Photo by Amy Green

After a two-year-long dredging project was completed this week, Central Florida residents are enjoying cleaner waterways.

The St. Johns River Water Management District collaborated with the Florida Department of Environmental Protection to remove more than 1.5 million cubic feet of muck from the Indian River Lagoon.

This black mayonnaise-like substance is a result of untreated stormwater runoff draining into canals that connect to tributaries in the lagoon.

“Your typical dump truck holds 15 yards,” Garland said. “If you pictured 40,000 dump trucks lined up on I-95, and they were all full of muck, that’s how much was taken out of there.”

The muck was transported to a site in Brevard County for storage.

However, the district ran out of money before it could remove all the muck in the Indian River Lagoon.

More than 600,000 cubic yards of muck have been removed from the Eau Gallie River in Brevard, in an effort to prevent future fish kills.

“It’s a really nasty-looking substance,” Garland said. “Its harmless because it is mostly just nutrients…dirt, clay. It looks sort of like black mayonnaise.”

Muck kills seagrasses and other organisms that are vital to the lagoon’s ecosystem and food chain.

The Indian River Lagoon saw a reduction of 1,200 tons of nitrogen and 260 tons of total phosphorus as a result of the muck removal.

The state is working on a broader restoration plan with long-term funding sources for the entire Indian River Lagoon and its tributaries.