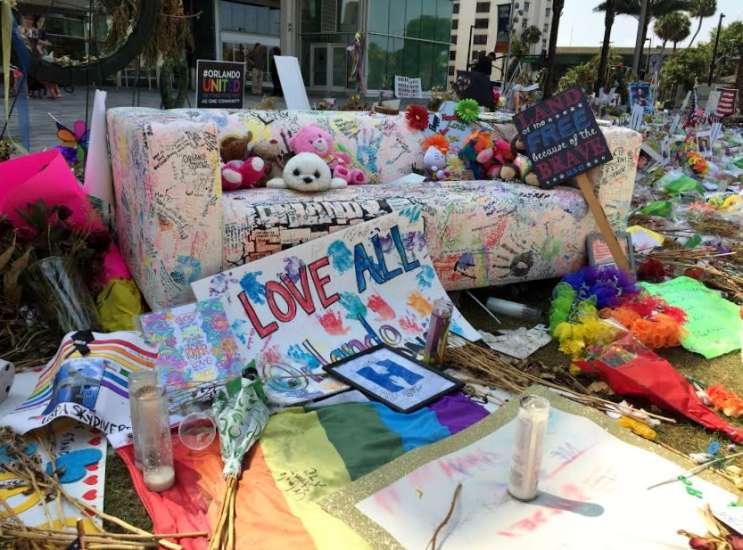 A trophy, Teddy bears, heart-shaped wreaths, and candles are just a few of thousands of items that Orange County Regional History Center staff have begun collecting from the front lawn of the Dr. Phillips Center for the Performing Arts in downtown Orlando. They are taking photos of each item, identifying which items they are next to, placing the non-perishable items in acid-free preservation boxes, then preparing to store them for a larger permanent museum exhibit. The project, called the One Orlando Collection Initiative, was set up by county and city officials in a push to permanently memorialize the victims of the June 12th Pulse nightclub shooting, deemed the deadliest mass shooting in modern U.S. history.

“We want to make sure that this moment in history is remembered for the strength, the resiliency and the unity in this community, for the love and the compassion and the understanding that we have. That’s the message that the world needs to know and learn from.”

Museum staff will collect items at the Dr. Phillips Center, Lake Eola Park, Orlando Regional Medical Center and City Hall in a process that could take weeks. Museum manager Michael Perkins hopes to use the items to tell a poignant story about the local community’s response to the tragedy.

“We will never be able to actively portray the time of right now, the emotion of right now, but these items will help remind the community in the future and for generations to come just how this community responded during this time.”

Perkins and staff are asking residents to share stories and videos as part of an oral history project honoring Pulse, too. More information is at the Orange County Regional History Center’s website.