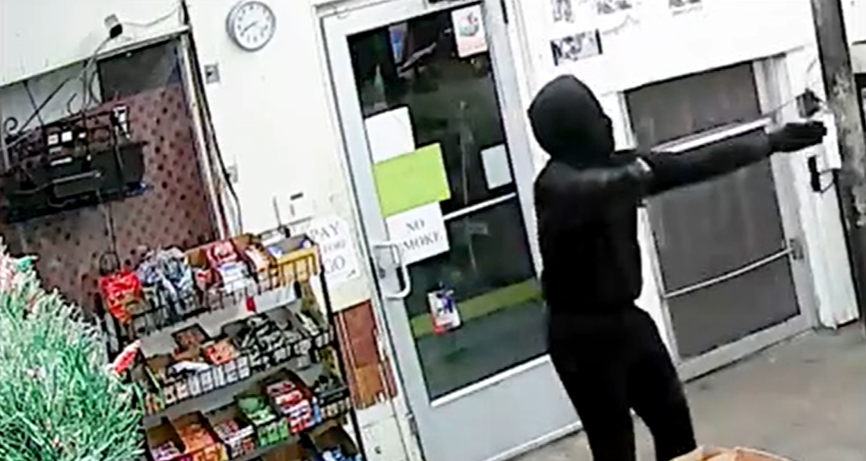 Mount Dora police are offering a $10,000 reward in connection with a double-murder at T&N Markeplace. Image: MDPD video

You can hear the voice of the T&N Marketplace killer in a surveillance video released by the Mount Dora Police Department on Tuesday.

Police are hoping someone may recognize the voice and help them identify the suspect.

Interim Police Chief Brett Meade says the video is difficult to watch — because you can hear one of the two slain store owners shortly before her death. But he hopes someone will recognize the shooter’s mannerisms.

“You can hear the suspect’s voice. And there is someone in this community that is going to recognize that voice,” he said.

On the night of Nov. 30, a robber dressed in black and wearing a stocking-like mask killed Khiem Ba Trinh, known as Ken, and his wife, Minh Nguyen, known as Tina.

The killer can be heard as Tina asks to leave the store and pleads for her life. Here are excerpts containing only the killer’s voice.