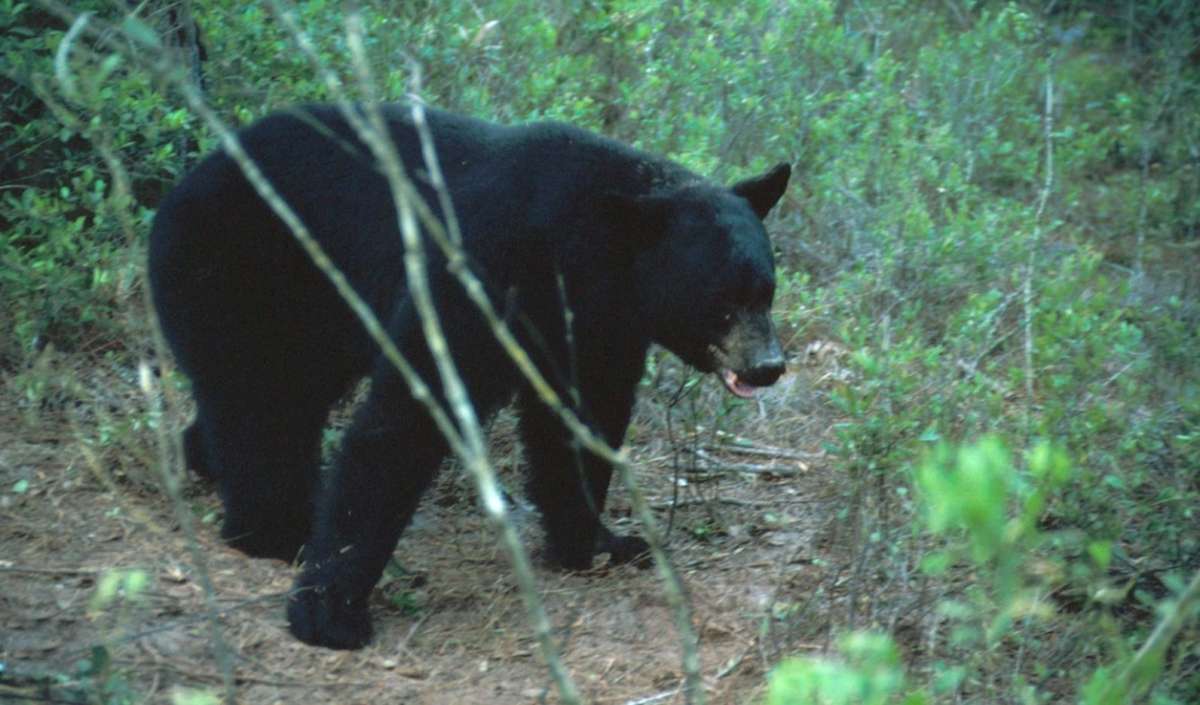 Some 270 black bears were hit and killed on Florida roads last year, according to the Florida Fish and Wildlife Conservation Commission. Photo: FWC

An Ocala man was killed on State Road 40 in the Ocala National Forest last night when the motorcycle he was driving hit a Florida black bear.

The 42-year-old man was traveling toward Ocala and hit the bear just past State Road 19 near the Lake and Marion county line.

The man was rushed to a hospital in Ocala and died there.

The bear did not survive.

Animals crossing State Road 40 around there can be a problem for drivers, but the serious crashes have typically involved deer, not bears.

Over the past five years on a 10-mile stretch in that area, a Florida Highway Patrol spokesman says troopers have investigated 12 accidents involving animals. In all of those, the animal was a deer.

But bears are getting hit — 270 were killed on Florida roads last year. That’s an increase. And most of those accidents are in the central region that includes Marion and Orange counties.

So the state wildlife agency urges motorists to be aware of the risk, to  stay alert, especially at dawn or dusk or in areas with woods on both sides.