Mosquito Spraying Could Start This Week In Orange, Seminole County 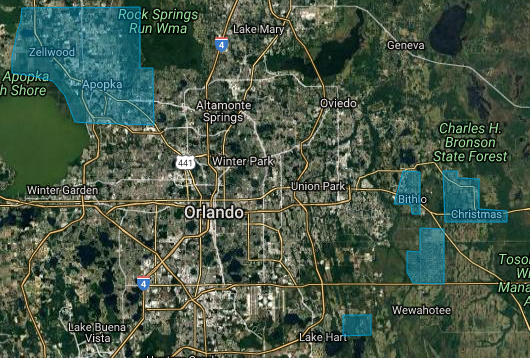 Orange County mosquito traps saw a 550 percent increase in mosquitoes caught in traps in the week following Hurricane Irma. Health officials are worried about the spread of mosquito-born diseases like West Nile Virus, Eastern Equine Encephalitis and the Zika virus.

Orange County sprayed for mosquitoes two months ago, and before that, it was six years before the county last sprayed.Officials will spray about two tablespoons of naled for an area the size of a football field. Naled is a controversial insecticide, and a small study found a link between naled exposure and slight motor delays in babies.

Seminole County plans to spray 49,000 acres Thursday or Friday. The communities there that will be sprayed include Lake Jesup, Lake Harney, Geneva, Chuluota and Black Hammock.

Spraying in both counties is expected to happen at 9 p.m. Officials will use two tablespoons of naled for an area the size of a football field.

Naled is a controversial pesticide that has sparked protests in other parts of Florida.