More Than A Million Customers Still Without Power In Puerto Rico 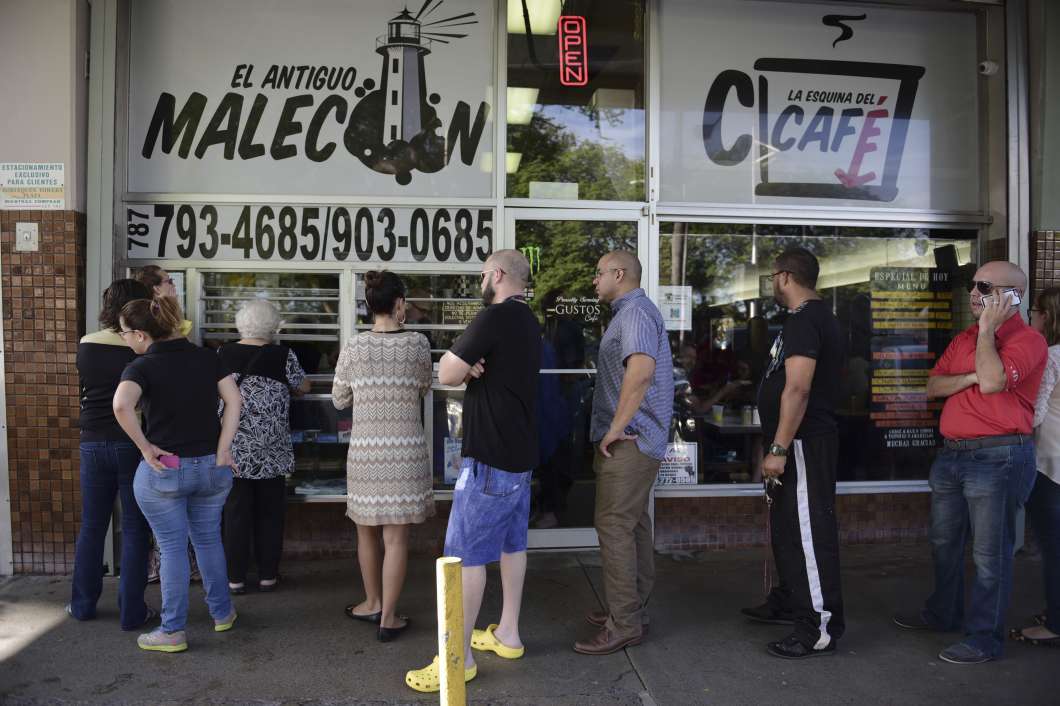 Customers stand in line at one of the few open cafeterias on Roosevelt Avenue, in San Juan, Puerto Rico, on Thursday.
Image credit: Carlos Giusti

More than a million customers in Puerto Rico are still without power this morning.

The government-run power company, Autoridad de Energia Eléctrica, said in a tweet that if things go as planned, about half of its clients should have their power restored by the end of the afternoon.

According to the Puerto Rican newspaper El Nuevo Día, a fire at a substation damaged two 230,000-volt power lines, resulting in a massive power outage that is still affecting customers across the island.

The outage meant that hundreds of thousands lost water service, the University of Puerto Rico canceled classes and the Thursday morning commute was chaotic, the newspaper reports.

El Nuevo Día adds that this is the worst outage in 36 years. In 1980, an employee accidentally hit a switch that short-circuited the entire system.

Primera Hora reports that life, today, went on. Police officers directed traffic, and the airport is using its 19 backup generators to operate normally.