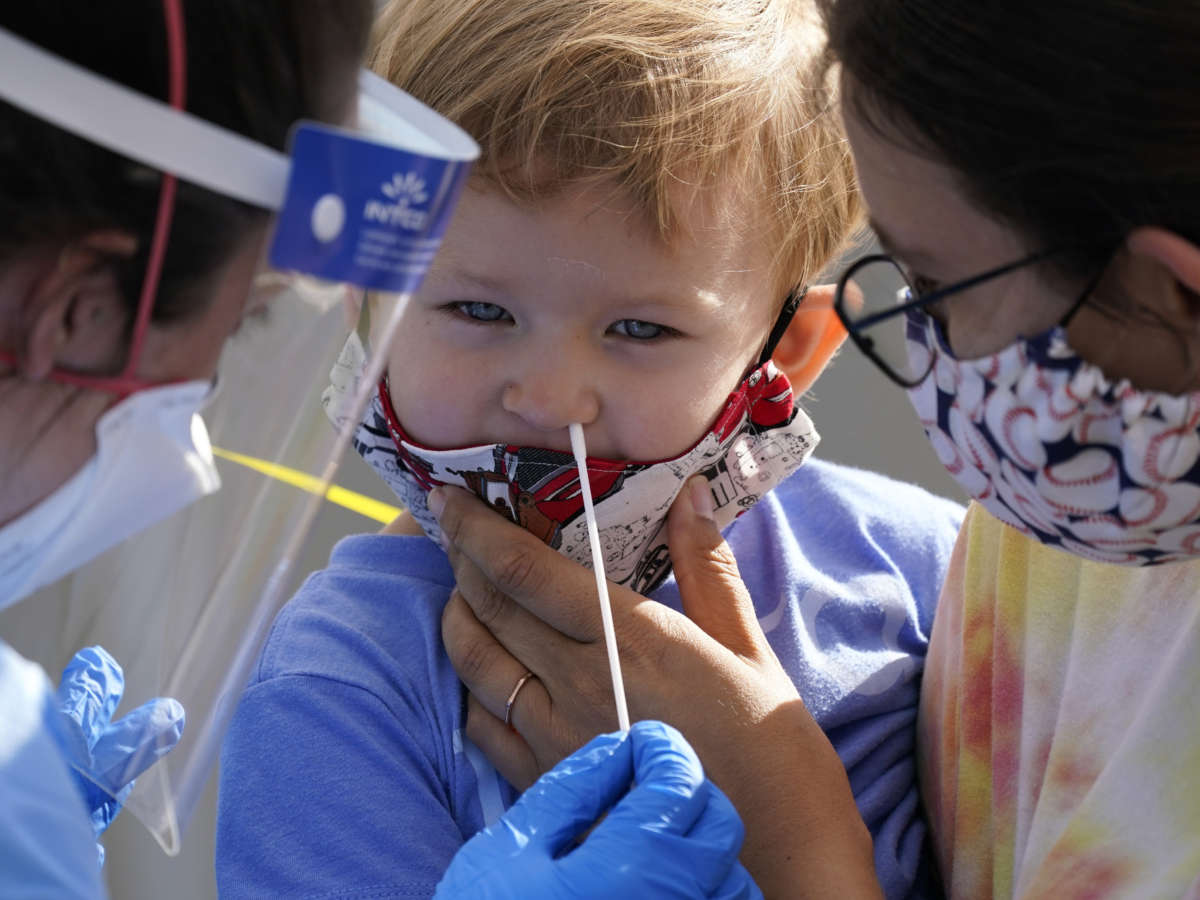 Penny Brown, 2, is held by her mother, Heather Brown, as her nose is lightly swabbed during a test for COVID-19 in Seattle last month. A survey of state health department website data shows severe illness and death among child cases of COVID-19 is rare.
Image credit: Elaine Thompson

In a survey of data published on the health department websites of 49 states, New York City, the District of Columbia, Puerto Rico and Guam, a total of 624,890 child cases of COVID-19 were reported from the start of the pandemic through September 24, or 10.5% of all cases in states reporting infections according to age.

The survey was compiled by the American Academy of Pediatrics and the Children’s Hospital Association. In announcing the survey, published Tuesday, the organizations said “[s]tate-level reports are the best publicly available data on child COVID-19 cases in the United States.”

“At this time, it appears that severe illness due to COVID-19 is rare among children,” the survey’s authors conclude.

The age parameters for childhood differ widely among the states, from 0-14 to 0-20. The survey’s totals do not distinguish between the different age ranges. The authors also said it is not possible to determine the number of children infected but not tested.

Of 11 states that reported testing according to age, “[c]hildren made up between 4%-16.2% of total state tests, and between 3.7%-15.5% of children tested were tested positive,” the survey found.

The number of children hospitalized because of COVID-19 and the number who died from the illness is small, according to the survey.