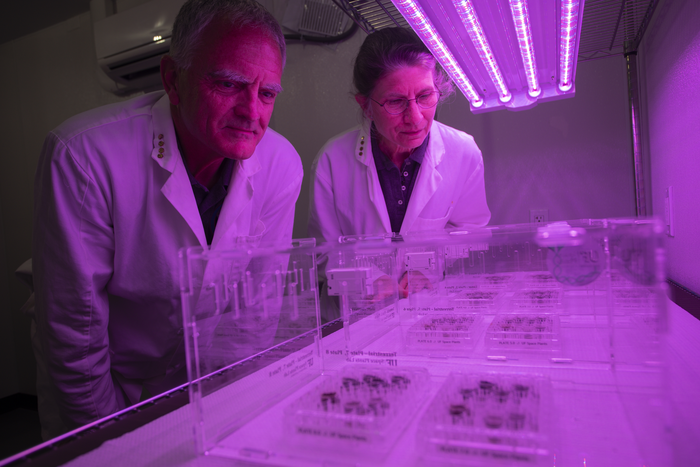 Rob Ferl, left, and Anna-Lisa Paul looking at the plates filled part with lunar soil and part with control soils, now under LED growing lights. At the time, the scientists did not know if the seeds would even germinate in lunar soil. Photo: UF/IFAS/Tyler Jones

A team of researchers received approval for a $35 million dollar mission to the moon. The group will explore an uncharted portion of the moon, which scientists say was formed by magma below the surface. We’ll hear from University of Central Florida’s Addie Dove and Kerri Donaldson Hanna about the promises of that mission.

Then, for the first time, scientists have grown plants in genuine lunar dirt. A team at the University of Florida used moon dust samples brought back by the Apollo astronauts to grow plants. NASA senior scientist Sharmila Bhattacharya says it’s a key step in establishing a permanent presence on the moon.