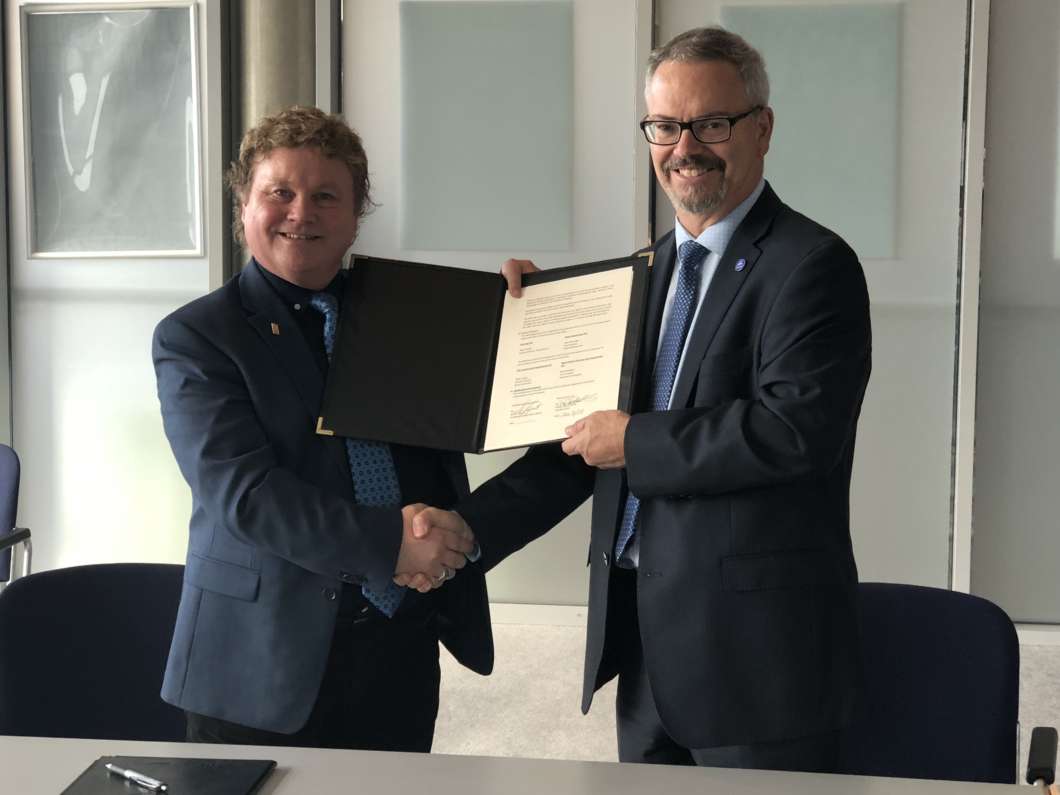 A Cape Canaveral based private space company has inked a deal with the Canadian Space Agency to explore the moon.

Moon Express has signed what’s called a Memorandum of Understanding with the CSA to explore ideas for payloads and missions to the lunar surface. The MOU will explore the possibilities of collaboration on lunar orbiters and landers, as well as possible payloads to send to the moon.

Founder Bob Richards, who was born in Canada, signed the deal this week at the International Astronautical Congress in Breman, Germany.  “We look forward to working with the CSA to develop new opportunities for Canadian science and technology in the exploration of Earth’s eighth continent, the Moon, and its vast resources,” said Richards.

The Canaveral based company is developing small robots to explore the lunar surface that will launch on private rockets. Moon Express already has a partnership with NASA to send cargo and research to the moon as a part of the Lunar CATALYST program.

The company, founded back in 2010, recently announced another round of funding, securing an additional $12.5 million.  Moon Express plans to start sending robots to the moon in 2020.