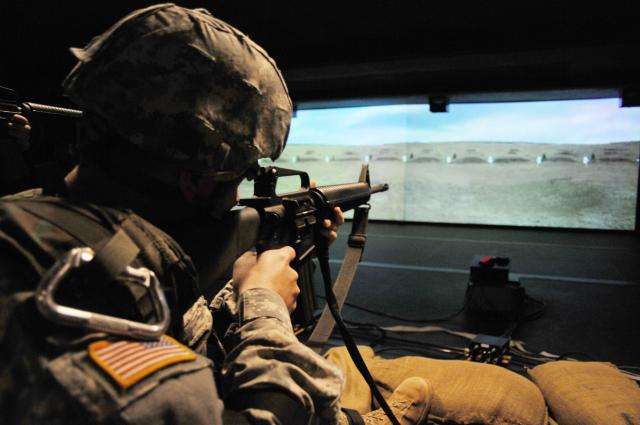 The US Army's Engagement Skills Trainer provides a sense of realism and affords access to a firing range for weapons practice. Photo Hiro Chang, Presidio of Monterey Public Affairs

The Interservice/Industry training, Simulation and Education conference (I/ITSEC) hosts presentations, workshops, a trade show floor and even a gaming competition for all things modeling and simulation.

Don Ariel is the founder of Raydon, a Port Orange based simulation training firm. He says it’s no surprise the event is held in central Florida, a hot-bed for simulation companies. “The companies that service the area, fundamentally we are the Silicon Valley of simulation, the I-4 corridor.”

Much of the technology on display is for military and combat training, and the conference focuses on national defense and security, said Ariel. “The companies serve naval, air and ground training applications and you’re going to see a wide variety at the show.”

The conference is just two weeks after the largest amusement industry expo took over the convention center bringing more than 30,000 people to the trade show floor.