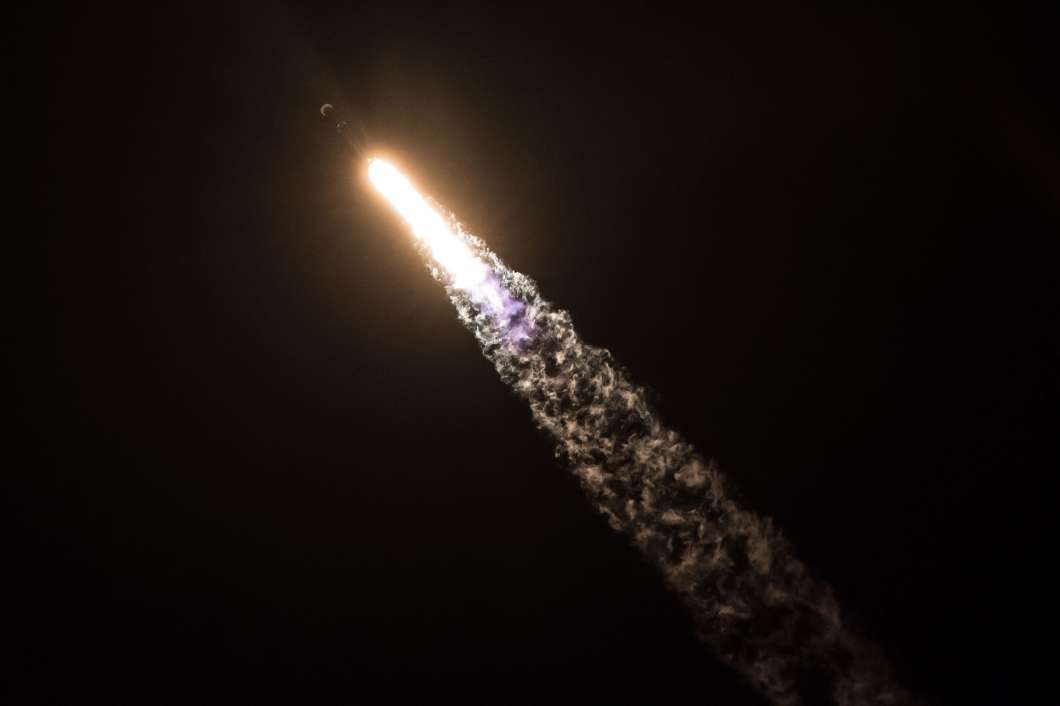 A classified spy satellite manufactured by Northrop Grumman and launched by SpaceX appears to have gone missing after launching from Cape Canaveral earlier this week. Multiple news agencies like Reuters  and the Wall Street Journal report the multi-billion dollar payload failed to reach orbit and is assumed to be a total loss.

90.7’s space reporter Brendan Byrne has been trying to track the missing satellite and spoke with Nicole Creston Wednesday morning about what we know so far. (Listen to the conversation by clicking on the media player above this story)

The secret mission went by the code name Zuma. It was a late addition to SpaceX’s launch schedule and was originally slated to blast off back in November. An issue with the protective nosecone delayed the mission nearly two months. After resolving the issue, SpaceX launched the rocket Sunday night from Cape Canaveral. The rocket took off, all looked good from the Cape, and SpaceX landed the rocket.

Shortly after the mission, rumors began to swirl about the fate of the satellite. Around 24 hours after the launch, Aerospace reporters Eric Berger at Ars Technica and Peter B. de Selding at SpaceNews.com began reporting that the payload might be lost.

There’s still no official confirmation from the U.S. government or the payload manufacturer that the mission was a success or failure.

There are three main actors in the Zuma story. There’s Northrop Grumman – a private defense contractor that we’ve learned manufactured the satellite. Then there’s SpaceX – the private launch company contracted to send the satellite into orbit. And finally, there’s the operating agency. In the case of Zuma, we have no idea who that is.

When pressed on the missing payload, the two companies each released statements. Northrop Grumman, the manufacture, said due to the classified nature of the mission it could not comment.

SpaceX said a review of the data revealed a successful launch and there’s no reason to suspect the Falcon 9 performed otherwise.

President Gwynne Shotwell fired back at early reports that SpaceX was to blame.

“For clarity: after review of all data to date, Falcon 9 did everything correctly on Sunday night. If we or others find otherwise based on further review, we will report it immediately,” Shotwell said in a e-mail. “Information published that is contrary to this statement is categorically false. Due to the classified nature of the payload, no further comment is possible.”

Details are still slim on what went wrong. The satellite was picked up by a cataloging agency. Basically, anything that’s in space makes it into a database and while Zuma made it into one of those cataloges, that doesn’t mean it’s successful. If an object orbits the Earth just once there’s a chance to make it into the database. None the less, Zuma is there.

Sources tell the Wall Street Journal that the payload failed to separate from the upper-stage of the rocket, causing the loss of the mission, and possibly the reason it either failed or fell back to Earth.

How that happened is still speculative, but reporting from WIRED’s Robin Seemangal found something interesting when it came to the mission’s payload adapter.  For most SpaceX launches, the company provides the payload adapter — that’s the piece of hardware that connects the satellite to the rocket. For the Zuma mission, Northrop Grumman provided the adapter. Whether or not that has something to do with this mission, we just don’t know yet.

Why is this Story Important?

Money. This was s a national security mission, with the U.S. taxpayer footing. Based on conversations with experts and other reports, the satellite is estimated at millions — if not billions — of dollars lost if this mission failed.

With a price tag like that, taxpayers will want to know what happned said Phil Larson, faculty at University of Colorado Boulder and a former SpaceX employee.

“You know the taxpayers elect their representatives who will be looking for answers,” said Larson. “They probably already are.”

One Congressional source told WMFE that there are plans to brief members of Congress and some staff regarding the mission in the coming days.

Another reason this is an important story, specifically to Florida, is the impact on future launches. Before SpaceX, another private company, United Launch Alliance handled most of the national security launches. Last year, SpaceX entered the national security launch market, and future Florida-based launchers like Blue Origin want a piece of the market. Having successful competition opens up the state to more launches and competition helps the government save money

“Having choices keeps prices down and provides redundancy,” said Space Florida’s Dale Ketcham. “So all things considered, Florida is in a good position. Launch failures do occur, it’s just unfortunate when they do.”

We may never know what happened to Zuma — it’s a classified payload so details may never emerge publicly.

On the space coast, however, it appears business as usual for SpaceX, a sign that the Falcon 9 launch hardware was not responsible for the fate of Zuma. It’s working towards the test flight of its new rocket, the Falcon Heavy, and the company hasn’t announced any schedule changes for future missions.