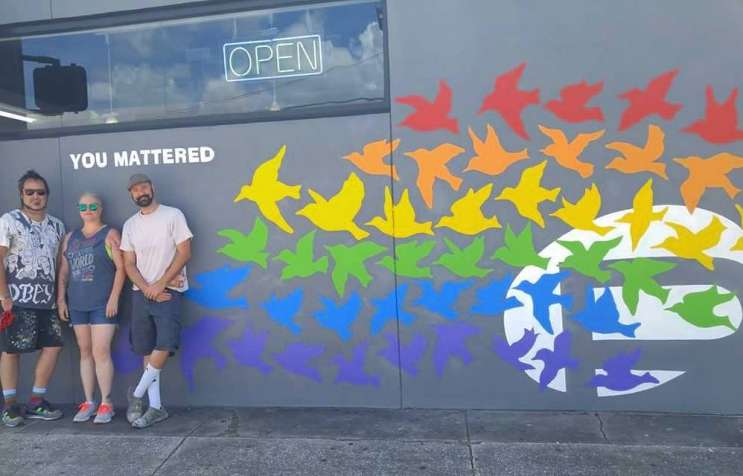 Everywhere you look in central Florida, signs and artwork pay tribute to the Pulse victims. You may have seen one new mural at the corner of Colonial and Mills Avenue. We look at the story behind that one.

The mural has 49 birds flying out of the Pulse nightclub logo—meant to look as if they’re flying toward heaven. To the left of the rainbow-colored birds, the words: “You Mattered.”

Local Artist Andrew Spear said City Commissioner Patty Sheehan tapped him for the project. He said he was grateful to take part.

“You know going to the vigils and all the fundraisers and stuff that’s happening, of course this is when we show people who we are, right? So that’s kind of important for us to have our voice visually,” said Spear.

Spear finished the mural in just two days with the help of some friends. He also previously painted another rainbow bird mural at The Hideaway Bar on Virginia among other street art projects in town.