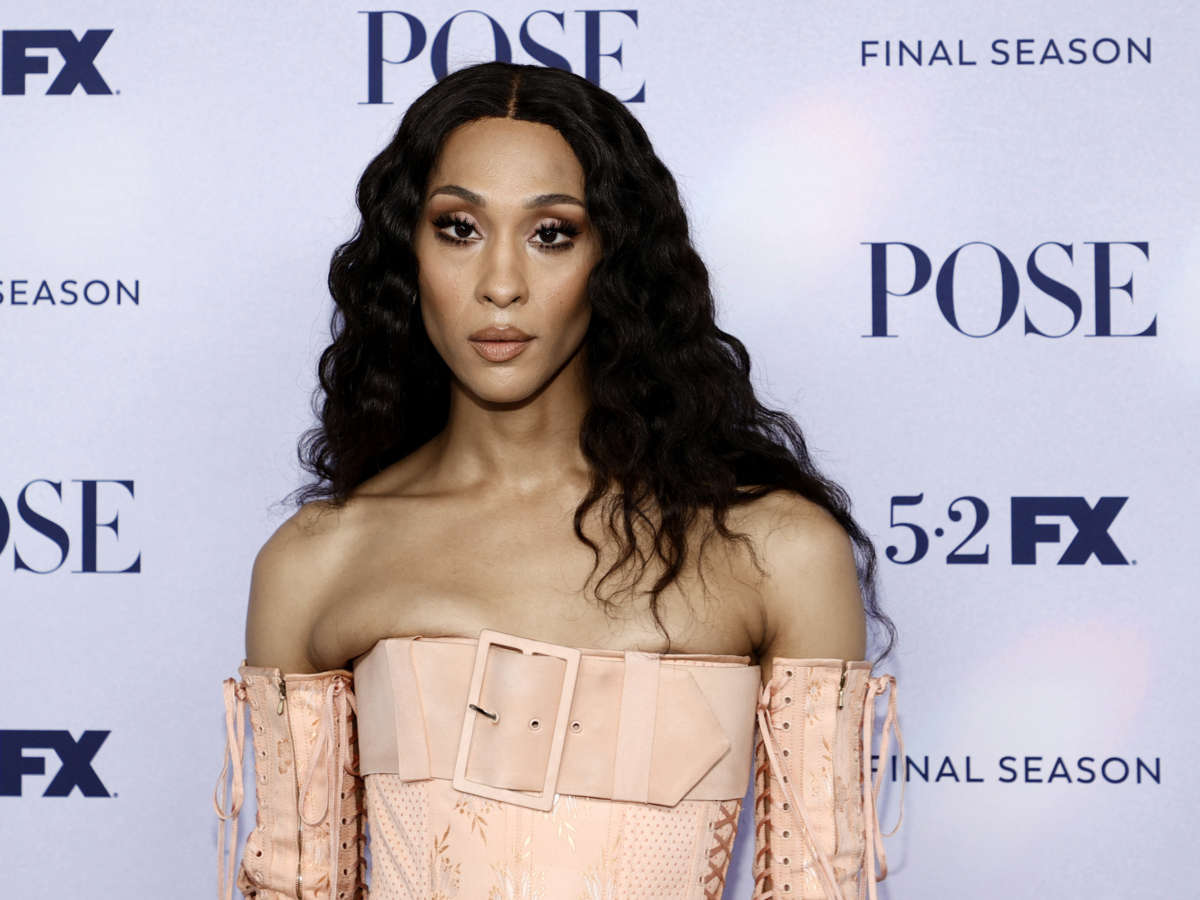 Michaela Jaé Rodriguez attends the FX's "Pose" Season 3 New York Premiere at Jazz at Lincoln Center on April 29, 2021 in New York City. On Sunday, she became the first transgender actress to win a Golden Globe for her starring role in the show.
Image credit: Jamie McCarthy

The Golden Globes were handed out in a private ceremony this year, after a series of scandals rocked the Hollywood Foreign Press Association and tarnished the award show’s reputation.

Sunday night’s low-key ceremony did have one standout moment, however: Pose’s Michaela Jaé Rodriguez took home the award for best television actress in a drama series, making history as the first transgender actress to win a Golden Globe.

While there were no televised announcements or acceptance speeches, Rodriguez gave an emotional speech on Instagram Live in which she thanked those who worked on the show and spoke of paving the way for others.

Pose, which wrapped up its third and final season in June, tells the story of trans and queer people of color and the underground ballroom culture they cultivated in New York City in the 1980s and 1990s.

The groundbreaking show became “a hit for its bold depiction of joy and trauma of LGBTQ life amidst the backdrop of the AIDS crisis,” as NPR’s Pop Culture Happy Hour put it. And it made TV history with the largest cast of transgender actors in series regular roles, according to FX.

Rodriguez played Blanca Evangelista, an HIV-positive ball competitor who left her ballroom “house” to start a new one from scratch. The nurturing house mother was at the center of the series, which has been hailed by critics but historically snubbed at awards shows. For instance, Rodriguez’s Golden Globe was also Pose’s first.

Since its start in 2018, Pose has received 20 Emmy nominations and four awards. In 2019, Billy Porter became the first openly gay Black man to win the best actor Emmy for his role in the show.

Pose cast members and fans have been vocal about the show’s lack of recognition. In 2020, stars Indya Moore and Angelica Ross spoke out against the Emmys for overlooking the show’s Black transgender cast in its list of nominees.

“Something abt trans ppl not being honored on a show abt trans ppl who created a culture to honor ourselves bc the world doesn’t,” Moore tweeted from their since-deleted account.

“I want you to know from the jump that these tears are not about an award or a nomination,” Ross said on Instagram at the time. “Ultimately, I need y’all to understand that I’m so tired — those of you who know me know I’m not just working on screen or behind screen but I’m working around the clock to get our society to value trans lives and Black trans lives.”

In a 2020 opinion piece for the Television Academy, Rodriguez wrote about the career challenges she faced as an Afro-Latina and called for more representation of Black and Latino communities behind and in front of the cameras, urging the Academy to give marginalized groups a seat at the table and recognize their hard work, art and talent.

Rodriguez made history last summer when she became the first openly transgender performer to be nominated for a lead acting Emmy in a full-length series, an award she ultimately did not win.

In a 2018 interview with NPR, Rodriguez described her character as “this rambunctious, very, very nurturing, compassionate, a little bit hardheaded, but ambitious spirit.” She spoke about the parts of Blanca’s experience that bore similarities to her own, like being ostracized from their community but choosing to move forward and lift others up.

“There were moments where I was called many derogatory names. I’ve gotten into a couple of fights. People have jumped me,” Rodriguez said. “You know, I’ve had a lot of things that have happened to me, but I look past those things now and now I’m moving forward and I always believe that the experiences that you go through are what make you stronger and what help you push forward through life.”

She also reflected on the importance of representation and resilience — and the work that still needs to be done — in an episode of It’s Been A Minute With Sam Sanders last year, as the series came to a close. (Some have already criticized the symbolism of Rodriguez’s historic win coming during a year without a televised ceremony.)

Sunday’s quiet ceremony had several other big winners, which you can see here.

This story originally appeared in the Morning Edition live blog.