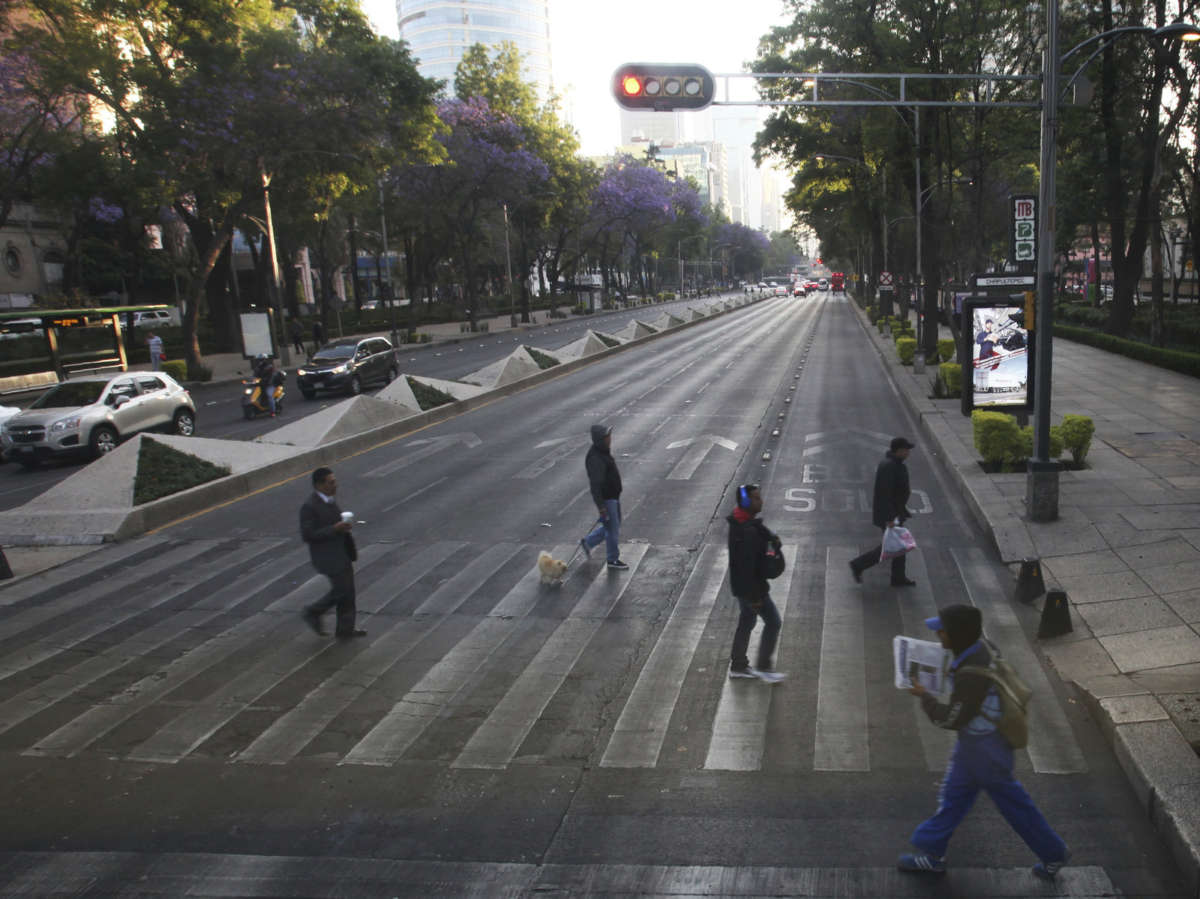 What would happen if all the women in a country simply disappeared?

Mexico got a preview Monday, when women across the country stayed home as part of a 24-hour strike to protest staggering levels of violence against women.

Calling it “a day without us” or “a day without women,” countless women skipped work, school and social functions, leaving classrooms half full, trains and buses empty and fewer cars on the streets.

About 10 women are killed in Mexico each day. There’s a name for the killing of women because of their gender: femicide. Mexico has tracked femicides for the past eight years. In February, the country’s attorney general said femicides have increased 137% over the last five years, four times more than the general homicide rate.

“This is a very important cause, it’s not a game, not a vacation day,” said Ileana Lopez, an administrator at a pharmaceutical company who stayed home. “Women have to fight for their rights every day.”

The effects of the strike were evident on the street and on mass transit in Mexico City. Women were largely absent from designated women-only pink cars on Mexico City’s subway.

A man who said he was a bus driver tweeted a photo of an empty bus behind him. “The city without women looks very sad,” he wrote.

A journalist tweeted photos of train cars filled with men only, empty offices, mostly vacant parking lots, absent street vendors, closed stores in the mall and a Walmart with only a handful of men.

Women make up about 40% of the country’s workforce, according to Mexico’s Confederation of National Chambers of Commerce. Their absence for one day could cost the country the equivalent of a billion dollars.

Many big companies, including Walmart, Sears and L’Oreal, gave female employees a paid day off. The Mexican government did as well.

At universities, the dearth of female students was evident across social media. The National Autonomous University of Mexico in Mexico City posted photos of male-only classrooms with empty chairs. In a caption to a picture of men in a classroom, the university said it was a “space for reflection to advance gender equality.”

In Colima, the José Martí Institute posted photos of half-empty classrooms, noting, “This is how our classrooms would be every day” if femicides continue.

The strike came one day after International Women’s Day on Sunday, when some 80,000 women marched in Mexico City to protest violence against women, in addition to other marches around the country.

Two recent brutal killings in particular have galvanized activists. A 25-year-old Mexico City woman was stabbed, skinned and disemboweled last month, with photos then sprayed across a tabloid’s front page. Two days after her body was found, a 7-year-old girl was abducted from her school. Her body was found wrapped in a plastic bag in Mexico City’s outskirts.

Authorities reported 1,010 femicides in 2019. Women’s rights groups say that number is an undercount. More than 3,800 women were killed in total last year.

Few cases are ever punished, with researchers from the University of San Diego saying women’s murderers are treated with “systemic impunity.”

“In Mexico it’s like we’re in a state of war,” María de la Luz Estrada, coordinator of the National Citizen’s Observatory of Femicide, told The Associated Press. “We’re in a humanitarian crisis because of the quantity of women that have disappeared or been killed.”