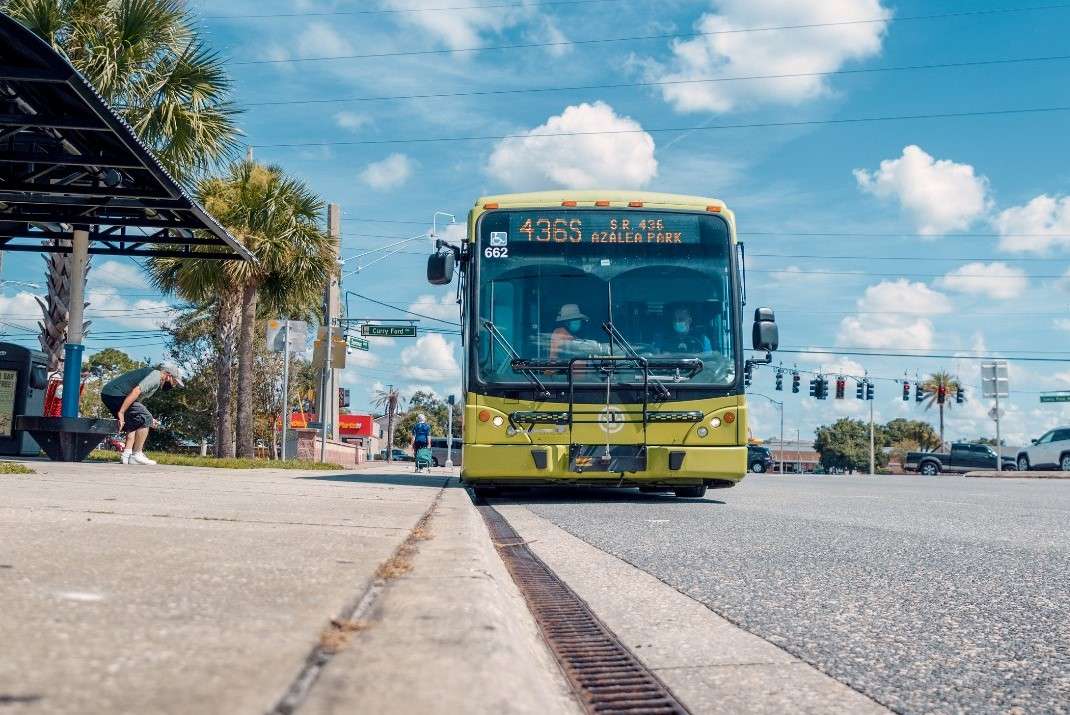 The passage of a $1.2 trillion infrastructure bill in Washington — including at least $19 billion for Florida — means additional funds are headed to Central Florida.

Metroplan Orlando Executive Director Gary Huttmann, spoke with WMFE’s Joe Byrnes about local transportation needs and the fact that local leaders will still have to put up money in order to get the projects completed.

WMFE: What could Central Florida see over the next several years as a result of the huge infrastructure bill that passed Congress?

HUTTMANN: We anticipate for us locally, you know, there’s a percentage, a significant increase in the funding that will come to Central Florida, just as a result through formula. We should be looking at anywhere from a 30% to about a 40%, 42% increase in funding, and that’s of the type that goes to what we call federal aid projects that could go to state roads. We often use federal funds for county- and city-maintained roads that are on the federal aid system. So it really, really opens up some great opportunities for us. But I want to make sure that your audience understands that when you’re dealing with federal funds — and it sounds like a lot of money and it is — but it takes it takes local money to get access to that federal money. Many of the federal programs that will be funded under this new package will require anywhere from probably a 20% to a 50% match.

WMFE: Are there any particular projects or areas that you see are very likely to get a boost from this?

HUTTMANN: You know, we are we’re maturing as an urban area, and transportation planning over the years has changed some. And people are less willing to continue to build more and more roads and wider roads. But there’s still some of that going on. I mean, there’s still some improvements that are needed. Along State Road 50, for example, that’s a project that’s been on the books for a long time. And it would be a candidate for this type of funding opportunity. But we also have research that shows that central Floridians are ready to make that transition to a more robust transit system. And there are opportunities in the new federal bill for increased transit funding and … much of that will be competitive. And so we’ll have to to work with staff at USDOT and with others, with our local partners, in order to secure that funding.

WMFE: Can you describe what that would look like? The additional transit in Orlando.

HUTTMANN: At Metroplan we’ve done a number of studies over the years that we used to call Alternatives Analysis, where we would look in corridors and determine like what the likely ridership would be from a premium transit service, much like LYMMO in downtown Orlando, what we call a bus rapid transit system. So we’re not really focusing that much though on technology, whether it’s bus rapid transit, or whether it could be light rail or extension of commuter rail. But we’ve done a number of studies on different systems, like State Road 50, for example, all the way from Lake County out to UCF Main Campus, 436 or along the 436 corridor from the airport up into the Altamonte Springs area, from the airport to the convention center, from downtown Orlando out into the Apopka area and then extending into Lake County. Those are all studies that are on the books. You know, it’s always attractive to study them and get excited about what could be — and then and then we see the price tag and they’re very expensive. But I believe that some of those projects would be competitive for for some of that discretionary federal federal money. But again, we’re going to have to have a local source that serves as the match.