Metro Orlando is the Most Dangerous for Pedestrians, study finds 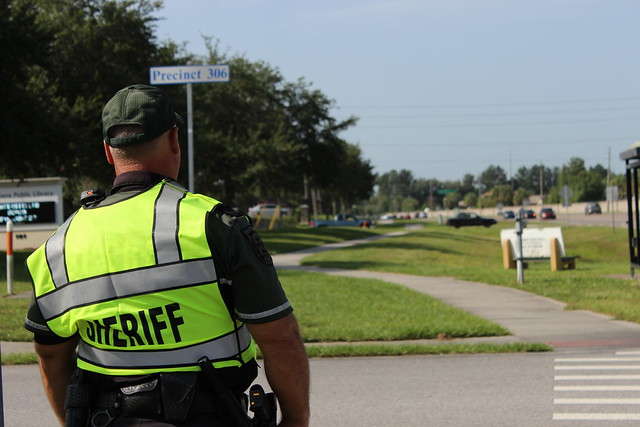 More pedestrians are killed on Central Florida roads than anywhere else in the country, according to a new study by Smart Growth America.

The study ranks the Orlando-Kissimmee-Sanford metro area as the deadliest in the nation — There were 665 pedestrian deaths from 2008-2017 — followed by the Deltona-Daytona Beach-Ormond Beach area, with 212 deaths. The state of Florida ranked first with 5,433 deaths.

In response, Orange County Sheriff’s Office and Best Foot Forward are targeting motorists who fail to yield at pedestrian crosswalks across Orange County on Wednesday.

The law enforcement operation, coined Crosswalk Crackdown, will feature plainclothes officers posing as pedestrians at local crosswalks. The undercover officers will target drivers who violate pedestrian laws — like not yielding to crossing pedestrians at a crosswalk.

OCSO and @BestFootCFL are at different locations throughout Orange County today enforcing pedestrian traffic laws. If you see someone at, or near, a crosswalk you MUST 🛑 and allow them to cross. #PedestrianSafety #DriverSafety pic.twitter.com/0LEOj6YVBH

The cost of violating Florida’s pedestrian laws are hefty. Violators could be issued a citation of $164 and three points on their license.

Amanda Day, the Executive Director for Bike Walk Central Florida, said that police action is only a slice of the pedestrian safety solution

“We call it a Triple E Approach, so it combines the education and enforcement as well as engineering changes,” Day said. “You can’t enforce your way out of any challenge like this so that engineering piece is critical.”

Day, whose local organization advocates for safer roads for pedestrians and cyclists, also said that Central Florida’s streets were built during a time when speed, rather than safety, was a priority.