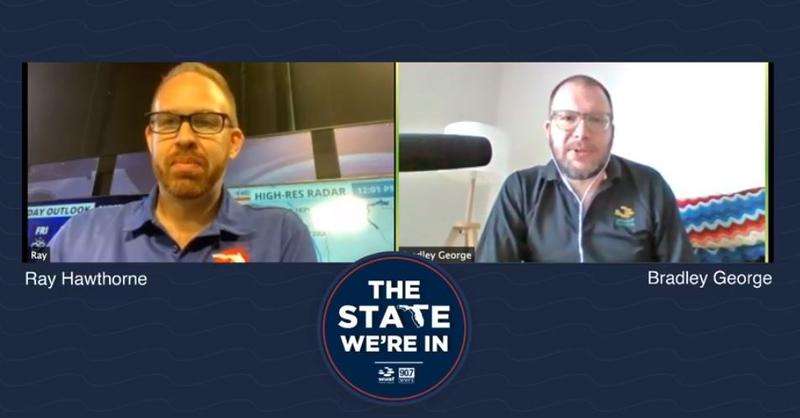 Changes Floridians have made as a result of coronavirus could turn out to help them during hurricane season.

Ray Hawthorne is a meteorologist with the Florida Public Radio Emergency Network. Hawthorne was a guest Tuesday on The State We’re In – a Facebook Live show from WUSF and WMFE in Orlando.

He says stay-at-home orders made a lot of people stock up on food and supplies recommended to have on hand for a hurricane.

“I’d like to think that with the pandemic happening in the moment, that folks are at least thinking about a disaster situation a little bit more,” he said.

But he says the pandemic also is affecting how emergency managers plan if they need to evacuate people and maintain social distancing.

“The coronavirus won’t have a huge impact there from a science perspective, but it has a HUGE impact from a preparedness perspective. And I know a lot of local and state emergency management officials are taking a look at this,” Hawthorne said.

Forecasters are expecting an above-average hurricane season this year.  It officially runs from June 1 to Nov. 30.

One named storm — Arthur — developed last week in the Atlantic. Arthur brought high winds and rains to the Atlantic coast of Florida and the Carolinas.

When the season officially starts, Floridians may recall recent storms such as Michael and Dorian.

Those hurricanes in 2018 and 2019 were the first to directly hit Florida in years.

“As human beings, we’re sort of prone to kind of letting our guard down,” Hawthorne said. “For a period of time, we went more than a decade where we did not have a hurricane hit at all in the state of Florida. And then all of the sudden, we started getting activity again.”

For more on how coronavirus is impacting Florida, visit The State We’re In Facebook page.