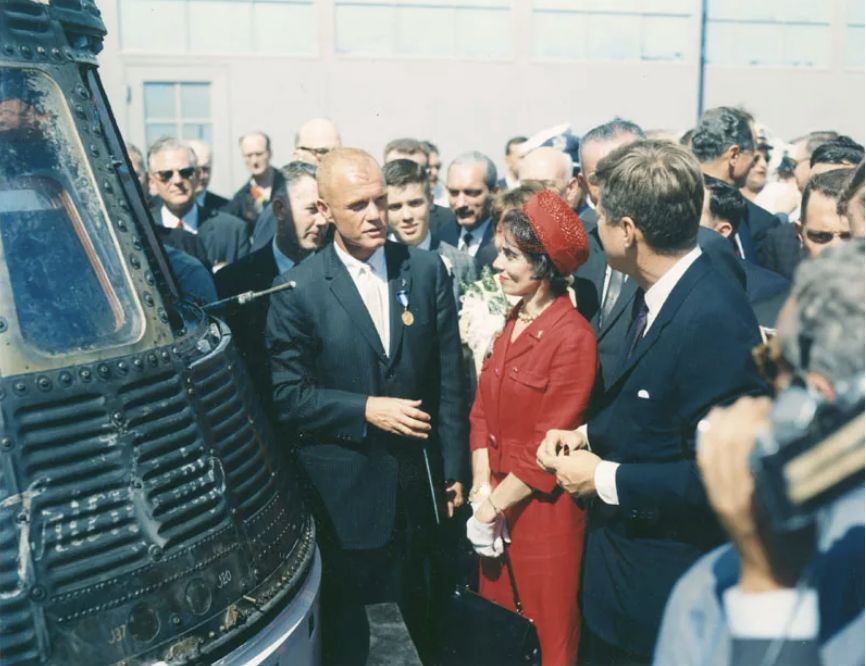 When we think of the space race between the U.S. and the Soviet Union, we focus much on the Apollo program and the U.S. astronauts who crossed that finish line. But the space race began earlier than that and was far more perilous than we thought.

That’s according to a new book by author and historian Jeff Shesol. In Mercury Rising: John Glenn, John Kennedy, and the New Battleground of the Cold War, Shesol re-examines the cold war space race with a focus on John Glenn and John Kennedy.

We’ll speak with Shesol about the book and how John Glenn’s Friendship 7 flight provided the momentum to win the space race.

Then, what does it take to photograph celestial phenomena like solar eclipses? Turns out, a lot of math. Are We There Yet’s Randy Vuxta sits down with photographer Julian Diamond about the pre-planning it takes to capture a great shot.