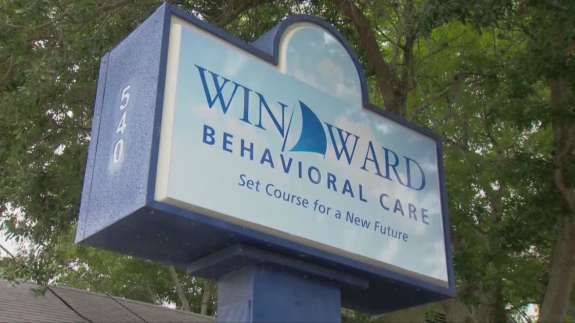 The agency that treats the most uninsured mental health patients in Volusia County every year is closing.

Windward Behavioral Center in Daytona Beach  lost half a million dollars in state funds in March, and its staff has dwindled from more than one hundred to less than twenty employees.

The agency started closing its three facilities in March after a state audit noted staff failed to correctly document services. The facilities have served homeless veterans, addicts, and the mentally ill for more than thirty years.

“Six months or a year from now, when your homelessness increases, your crime increases, everything increases because there’s just not anyone to catch all this anymore.”

Board chairwoman Linda White and other board members will formally vote to dissolve the agency at a meeting tomorrow night. She said the whole situation is unfortunate.

“We’re losing the safety net in this community, and who will step up, or who can even step up to provide services to the most vulnerable?” she asked.

Windward Behavioral Care could close as early as July 1st. Partner agencies in Volusia will treat some patients. Meanwhile, state officials, could require the agency to pay as much as $1 million in penalties.