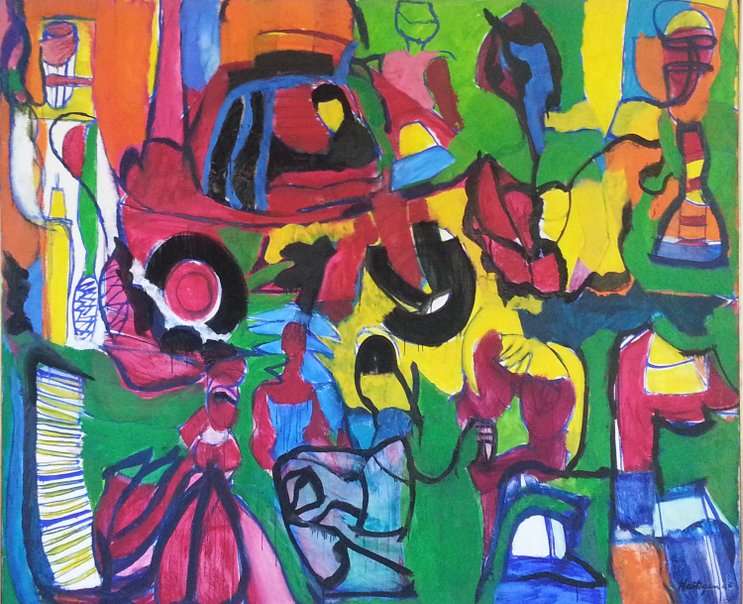 In a media moment that’s focused on the female, it would be easy to lump in the current exhibition at the Mennello Museum of American Art. Grace Hartigan 1960-1965: The Perry Collection shows the work of a female painter as collected by a female art dealer, and occupies walls in a female-run museum. But that would be reductive. The goal of our current drive for equality is to break out of the walled garden of gender.

Regardless, Hartigan is lumped in to the box labeled “Female Abstract Expressionists” – a group that includes Helen Frankenthaler, Elaine De Kooning and Lee Krasner – coverage of whom always (explicitly or implicitly) measures them against the yardstick of their male contemporaries.

So, can we discard the boys-against-girls lens through which Abstract Expressionism is seen? This show deserves to be looked at with cool eyes, not political ones, though within a few minutes of contemplation those eyes may turn as heart-shaped as an emoji’s.

Hartigan’s paintings began strictly abstract but as the years went by, became more figural and more fun; in these, from the 1960s, figures and objects pop out of the riotous swirl, from toothpaste tubes to albums to Miss Marilyn Monroe.

Hartigan was enchanted by the stuff of everyday life. In 1957 she wrote in her journal, “I have found my subject, it concerns that which is vulgar and vital in American life, and possibilities of its transcendence into the beautiful.” These vital American paintings can be seen at the Mennello through March 18.