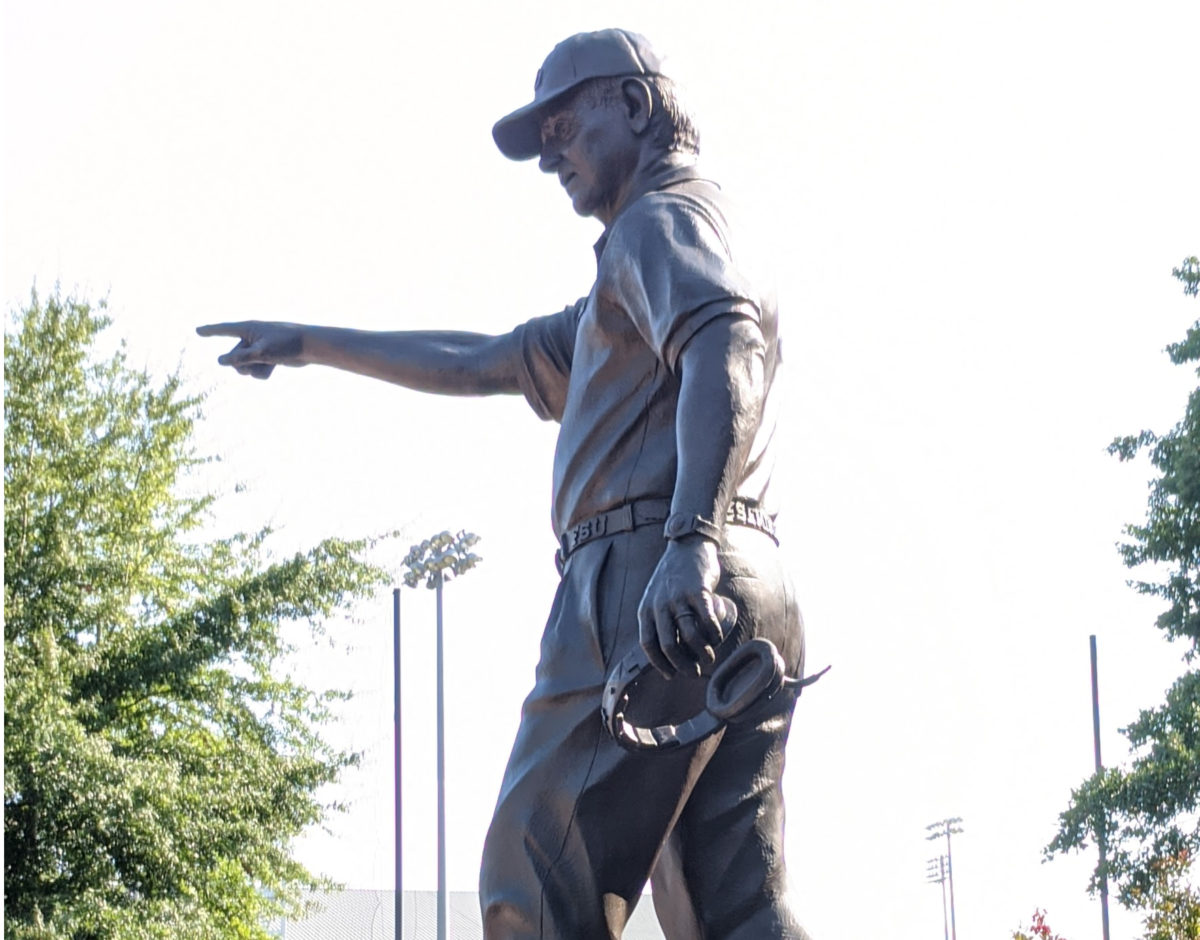 The iconic "Sideline" statue of Bobby Bowden at the main entrance of the Moore Athletic Center. Photo: Tom Flanigan

Tributes to Coach Bobby Bowden are pouring in from all over the world following his death the morning of Sunday, August 8.

FSU President John Thrasher had his own accolades to share with reporters just hours after Bowden’s death. Thrasher, who always described himself as “FSU’s Biggest Fan” even before assuming the school’s presidency, thought Bowden’s greatest legacy was what he’d done to positively impact the lives he’d touched on and off the football field.

“Charlie Ward, who could probably do a lot of things, he’s here in Tallahassee now coaching high school basketball. Derrick Brooks who’s in Tampa and does so much for the community down there. Warrick Dunn is another great example of someone who’s always giving back. And that’s what Bobby Bowden was about.”

And Thrasher believed that influence meant far more than any material memorial to one of the winningnest coaches in college football.

“I think Bobby Bowden’s legacy is built on who he was, what he was and people understand that. You can build statues and name buildings and all that. But it’s the man who people love and will cherish forever.”

Among those who worked closest with Coach Bobby Bowden and knew him best, was the man known as “The Voice of the Seminoles,” Gene Deckerhoff. Shortly after Bowden assumed the head football coach role at FSU, he and Deckerhoff began working together; a relationship that continued until Bowden’s retirement in 2009.

“Golly, 45-plus years we did pre-game shows, post-game shows, television shows, talk shows,” Deckerhoff recalled and credited Bowden with turning his own life around through faith. And he now joins untold legions of fans in bidding the great coach farewell.

“He was a wonderful man, a wonderful mentor, and he’s a blessed man to have as many people who have been around him and love him and will miss him.”

The viewing at the Capitol will be by invitation only, but the Moore Athletic Center viewing will be open to everyone. Coach will also lie in repose in the Sanford University Chapel on Sunday, Aug. 15. The family will conduct a private burial in Trussville, Alabama later the same day.