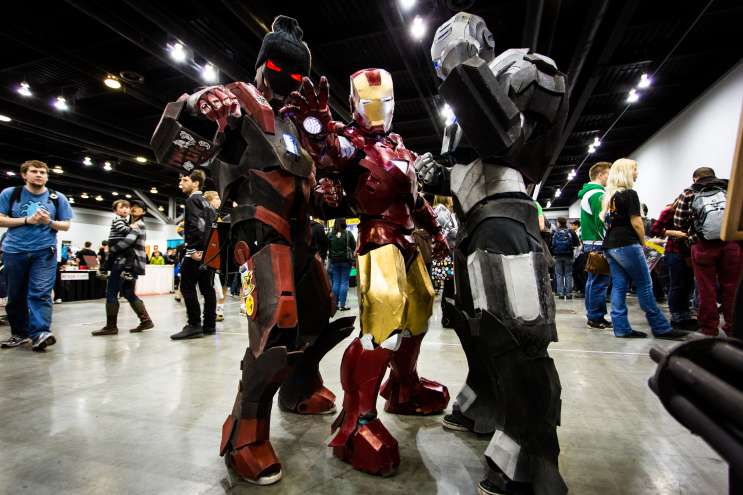 The “Beast of the Southeast” is here. 100,000 people are expected to fan out at the Orange County Convention Center this weekend for MegaCon Orlando. Organizers say this year’s pop culture celebration is bigger than ever.

“It’s been evolving here for a number of years and we’re super excited to be bringing a bigger offering again this year, 2016, down at the Orange County Convention Center,” said Show Director Andrew Moyes.

Legendary comic-book creator and Chairman Emeritus of Marvel Stan Lee is here for autographs and photo-ops through Sunday. Fans can also get a pic with Back to the Future’s Christopher Lloyd next to the DeLorean Time Machine. Moyes says the celebrity list is long this year.

“It’s the 50th year of Star Trek, 50th anniversary, so we’re excited to have William Shatner, George Takei and Nichelle Nichols with us,” said Moyes.

The original Batman and Robin, Adam West and Burt Ward will make an appearance.

Programming includes ‘meet your fave anime voice actors’, a live script reading of Ghostbusters and of course a cosplay contest.

Thousands of people means parking can get crazy but there are shuttles from several hotels. Expect heavy traffic in and around the convention center through Sunday.