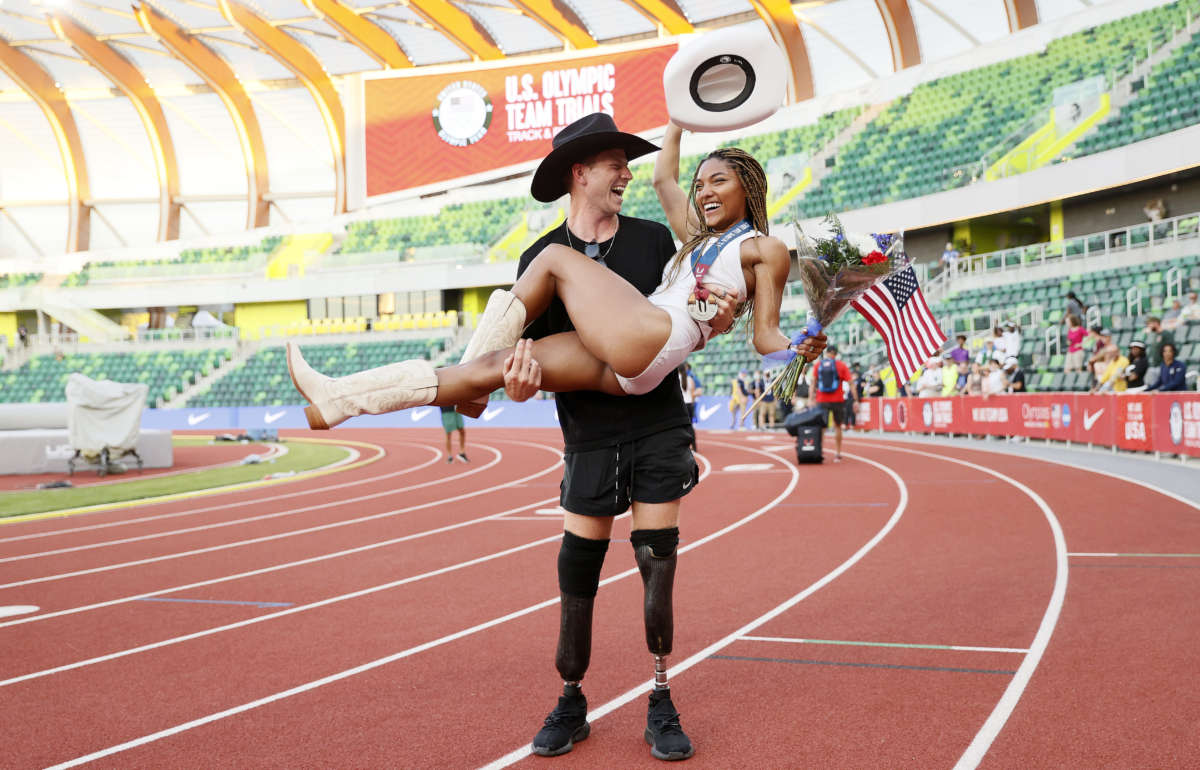 One notable member of Team USA’s delegation is Hunter Woodhall, a 22-year-old sprinter with two Paralympic medals under his belt already. He’s also the first double amputee to earn a Division I track and field scholarship. But you may know him better as one half of a track and field power couple.

His girlfriend, Tara Davis, competed in the Tokyo Olympics earlier this summer, where she placed sixth in the women’s long jump. (Here’s the sweet message Woodhall shared on Instagram after her event.)

The two met four years ago at a track meet in Iowa. As Elle reports, they were drawn to each other immediately, and have been together ever since — dating long-distance for years and then quarantining together during COVID-19.

Along the way, they’ve built a considerable following on social media, where they post about their lives, relationship and blossoming athletic careers. Their YouTube channel has more than 320,000 subscribers and they boast some 615,000 Instagram followers between them.

The couple didn’t overlap in Tokyo, due to the timing of the Games and pandemic restrictions. They told CBS News last month that not being able to cheer each other on in-person has been among the tougher parts of the competitions, which they’re otherwise very excited about.

“Obviously, like we’re shooting for gold, but at the end of the day, a medal at the Games is paramount to any other athletic achievement in my mind, so I’m just happy to be representing our country and experience it together and then putting a cap on a really, really amazing season,” Woodhall said.