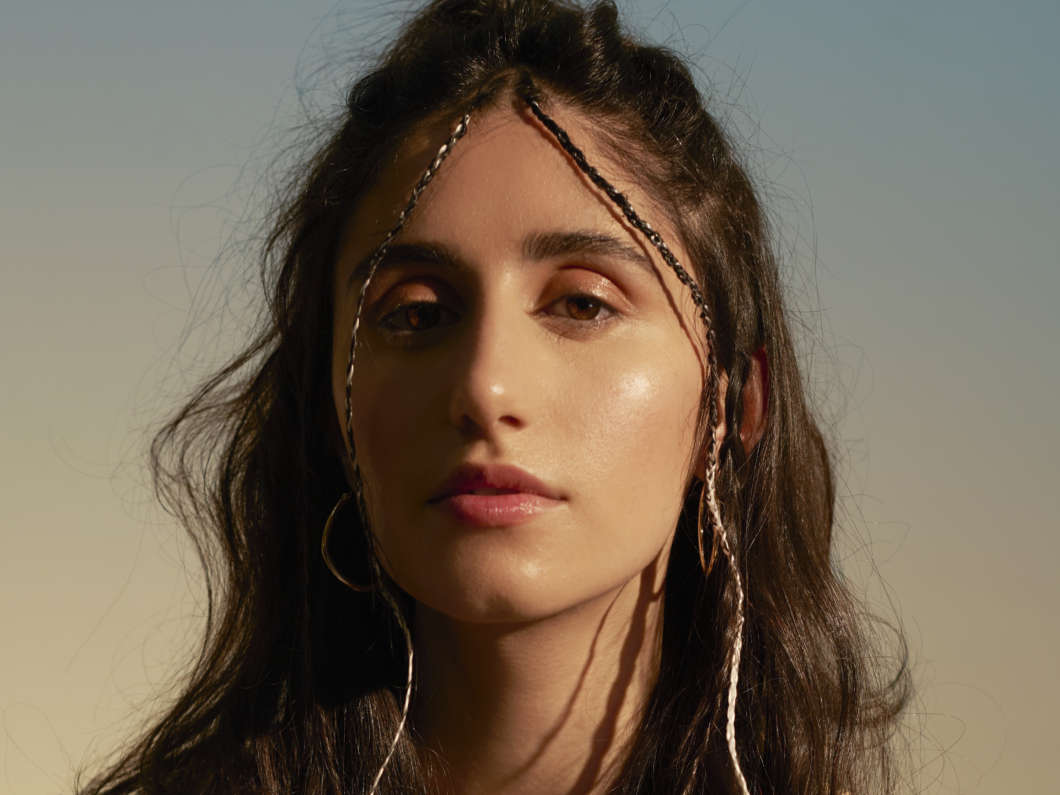 Naaz Mohammad, 21, has become a star in the Netherlands, where she was born. She had to convince her Kurdish parents, who fled their home during the Gulf War three decades ago, to pursue music.

In her music video for “Up to Something,” Naaz Mohammad sits down to a sprawling meal on the floor. She’s surrounded by her elders — Kurdish men dressed in traditional clothing — and notably, Naaz sits at the head of the table. The video makes a statement.

“Often the men are sitting down, and then the women are covered and they’re getting the food and preparing the food and cleaning everything up,” says Naaz, who goes by only her first name on stage. “And of course, things have changed a lot, but it used to be like that. And in this specific case, we’re all sitting together and eating together as equals.”

The video sums up Naaz’ personality and ethos: keep pushing for what you want, and people will slowly accept it.

“I think there’s a lot of willpower and strength that comes with being Kurdish,” she says, “considering the fact that, basically we’ve always been told that we don’t really have a home. It kind of lets you grow a thick skin, and I feel that that subconsciously comes back in the music.”

Naaz says she had to convince her parents to let her become a musician, since they wanted her to focus on school. “I did not have a lot of freedom to, you know, be young and a teenager and go out,” she says.

But Naaz secretly started writing and recording songs when she was 15-years-old. Her room became her musical cocoon.

“My music started in my bedroom because I had no other choice,” she says. “And I think that was a pretty good thing because it gave me a lot of strength to start something without needing the help of other people. It teaches you a lot about how to create, and how to make something out of nothing.”

Naaz started putting up a lot of posters, and says she was dependent on “just my four walls to be inspired by.”

“And every week, I added things to my room just to create a new atmosphere for myself, so I could make up new songs. I’ve written a lot of my songs by looking at photographs of people that I found on the internet — not in a creepy way,” she says with a laugh. “And just looking them in the eye and thinking ‘What would I want to sing to you right now?’ And that’s how a lot of my songs came about.”

Naaz created the songs on her first record using the basic set-up in her room: a Yamaha keyboard, a microphone and her laptop.

“Bits of Naaz, the EP, just came so fast,” she says. “I wrote it in December 2017. I think almost all the songs were made in the same month, I was just obsessively sitting in my room.”

In the beginning, she wasn’t allowed to go to the recording studio in Amsterdam without her brother by her side. Then, she found Kurdish manager Arjan Bedawi, and that’s what really helped get her parents on board. He says there were a lot of big family dinners involved.

“I thought maybe me, with the same cultural background, can maybe persuade her parents to give her some more privileges, and let them know that, as long as I’m there, nothing weird is going to happen,” Bedawi says. “Because they were afraid she would lose her identity going into the music. I made it very clear that the whole thing that makes Naaz special to me is that it’s her: It’s a young Kurdish girl in her bedroom, making these amazing songs.”

As someone between two very different cultures, Naaz is redefining what it means to be Dutch.

“Growing up in a Kurdish household and then having Dutch people around you all the time ’cause you live in Holland, it means that you have completely different morals around you all the time, and you kind of get confused to which ones you agree yourself,’ she says. “I feel like there’s a lot of things I agree more with the Dutch on, and there are certain things I do more in my Kurdish style.”

Her understanding of how to bridge these cultures has helped her grow her fan base across the Netherlands and Europe.

On stage, she’s a ball of energy: She jumps up and down, shaking her long, black hair. Her audiences hang on to her every word and sing along. She’s such a fan favorite that she won the public choice award at the Music Moves Europe Talent Awards last month.

At a three-night run of sold-out shows in Amsterdam recently, a long line of fans snaked around the concert venue in the cold. One of them was Irina Okulskaya. She’s Dutch Azerbaijani, and made the two-hour trip to see Naaz from the southern Netherlands.

“I myself am also from another culture,” Okulskaya explains. “I follow her on Instagram, and sometimes I see her father would text her after one of her shows saying that he’s proud of her. I feel like that is really, really a good example for so many people from other cultures here in the Netherlands.”

Naaz’ parents — and her community — are proud of what she has accomplished.

“My dad is a doctor; my mom is his assistant,” she says. “And she’s been telling me that often Middle Eastern parents come in and they say, ‘My daughter has been wanting to go on dance lessons and we’ve allowed her to go because we’ve seen how Naaz is doing, and we’re proud of her.’ ”

Naaz recently moved out of her parents’ home, and into an apartment she shares with her brother. These days, she mostly records new music in the studio.

But even with her newfound freedom, Naaz still credits her parents.

“Being parents that fled, they went through so much, and went so much out of their way to still change,” she says. “So, I just have a lot of respect for that.”