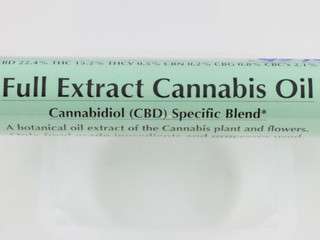 Next to the pictures of her kids on her black refrigerator, Anneliese Clark has attached a piece of paper. She calls it the arrest plan.

The Jacksonville mother created the plan so her kids know who to call for help if she gets arrested for buying medical marijuana for her 11-year-old daughter Christina. At the beginning of her life, Christina was diagnosed with epilepsy and in the proceeding decade would be given numerous drugs to keep her seizures down, stem cell treatments in other countries and undergo three brain surgeries.

After Clark heard about the potential benefits of medical marijuana, she managed to get marijuana-based oils for Christina. The results were life changing. At her lowest point, Christina was having 80 to 100 seizures a day. Now she’ll go months without one.

Clark could probably take her arrest plan down from her fridge since Florida finally approved a dispensary in Tallahassee to start selling state-approved low-THC cannabis this week.

Since 2014, when the Florida Legislature first passed the Compassionate Medical Cannabis Act for patients with cancer, chronic seizures or muscle spasms, Clark and her daughter have waited patiently for medical marijuana. The process was bogged down by red tape and lawsuits involving growers and the Florida Department of Health.