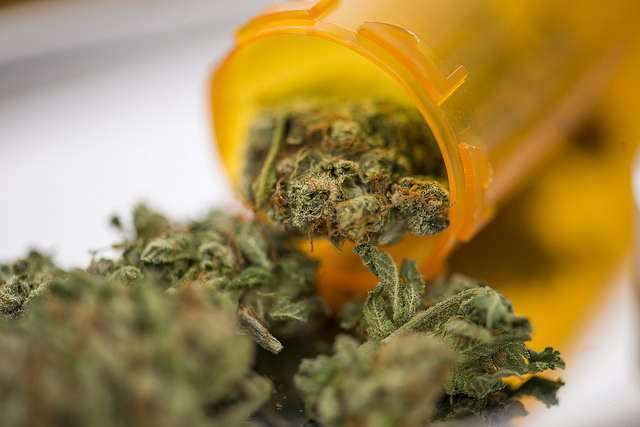 The Sarasota Herald-Tribune recently published a report about veterans who want the government to reclassify marijuana to reflect its medical value. The vets are using the drug to treat conditions from pain to PTSD.

Health News Florida’s Julio Ochoa talked to some of the people mentioned in that report who said a different classification would open the doors to research and treatment at the VA like Charles Claybaker.

Claybaker spent five tours in Afghanistan, kicking in doors and taking out terrorists. But an aircraft crash in 2010 left the Army Ranger with a crushed leg, hip and spine and a traumatic brain injury.

Army doctors loaded him up with a dozen prescriptions to numb the pain and keep his PTSD in check.

But on the pills, Claybaker went from a highly-trained fighting machine to a zombie for at least two hours a day.

Claybaker decided he would rather live in constant pain. He took himself off opioids and endured the discomfort for eight months.

Then, after retiring and moving back to St. Petersburg, he discovered marijuana and it changed his life.