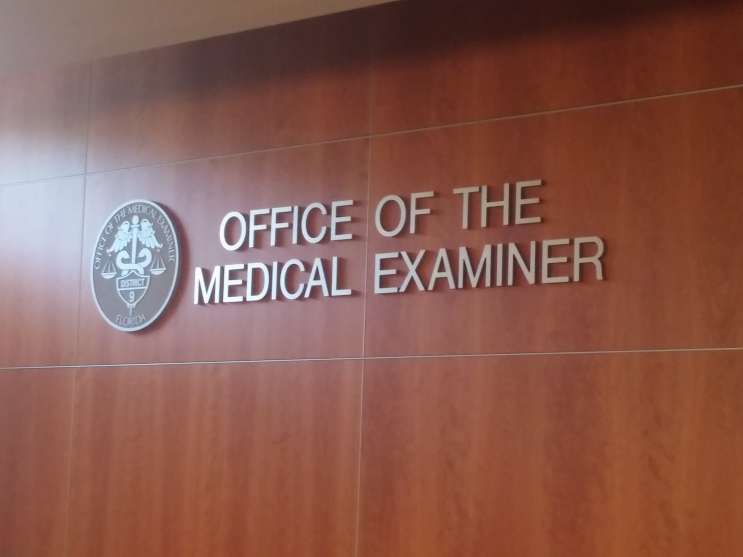 When bodies of the victims from Sunday’s mass shooting are released to families – that means the role Dr. Joshua Stephany played in this tragedy is over. He’s the Orange and Osceola County Medical examiner responsible for identifying and autopsying the 50 bodies that came through his doors.

90.7’s Brendan Byrne caught up with him.

CRESTON: Brendan, walk us through the process. What happened after the crime scene was secured?

BYRNE: Stephany got the call Sunday Morning. At first, he was told it was only about a dozen victims that would be coming in. But as the morning went on, he learned it would be many more. That’s when he started calling his staff in and briefing them that this would be a major event. He met with Mayor Buddy Dyer that morning and asked for the first priority to be issuing a state of emergency.

CRESTON: Why a state of emergency?

BYRNE: Once the Governor declares a state of emergency –Stephany can call in FEMORS – that’s the Federal Emergency Mortuary Operations Reponses System. They help process the victims and help start the identification process as well as notifying the families. FEMORS set up a phone bank to help with calls. Once news broke that there was the shooting at pulse, families began calling the medical examiner’s office. Dr. Stephany explain:

STEPHANY: “When they hear an incident occurred and a love one might be involved, the call law enforcement, they call us. They call anybody they can to find out what append to their loved one. My staff cannot handle that amount of calls when you’re talking numbers this big, we’ve been taught you’re going to get 5 or 6 people for every decedent.”

CRESTON: A high number of calls – and we now know a high number of victims. How was the Medical Examiner’s office able to autopsy all 49 victims and the shooter?

BYRNE: Once the state of emergency was declared, and FEMORS was called in, they were able to bring more staff in. Including Stephany, there were 7 doctors in total performing autopsies. He told me the number one priority was identifying the victims and notifying their family. Within 48 hours, each every victim was identified.

CRESTON: Was the shooter’s body autopsied at the medical examiner’s office.

BYRNE: Yes. The body was identified at the scene. But Dr. Stephany told me, it was done in a separate building from the victims

STEPHANY: “In my mind it was just respectful to do that. I don’t want to see the victims with the person that took their life. And I don’t think my staff wanted to see that.”

NIKKI: Brendan, how are Stephany and his staff doing?

BRENDAN: He’s tired, obviously. He told me after the interview, he was going home. He did say that his staff just kept working…doing their job.. Not watching the news. But he knows the time will come when the emotions will hit him.
STEPHANY: “I’ve cut of friends who tried to text me. I just cut them off, because I can’t answer them. When we can put it in context and perspective of just how the nation see’s it – in the mirror – we’ll see what everyone else is feeling – myself, my staff, what happened.”

BYRNE: Stephany said that even though this is his job, he knows the sheer number of victims will have an impact on him and the others responding to the tragedy.