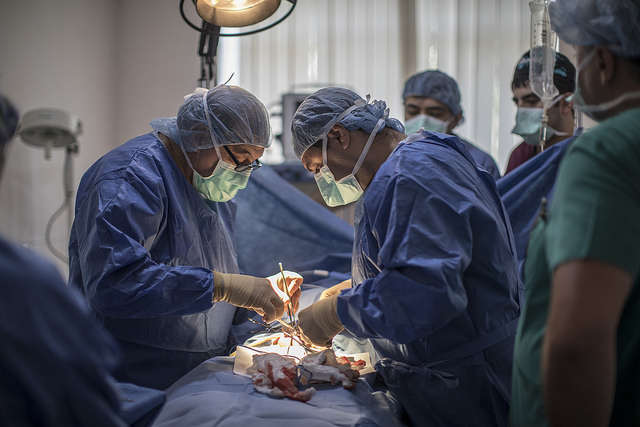 The federal agency that administers health insurance to low-income and senior patients is making its hospital evaluations available online. Patients will be able to see which hospitals aren’t meeting quality of care standards-and why.

Of the 258 hospitals in Florida evaluated by the Centers for Medicaid and Medicare Services, seven were issued citations. The reasons ranged from not sanitizing reusable equipment between patients to not following up with patients who had fallen while in nursing care facilities. CMS Executive Kate Goodrich says this information will now be available to patients enrolled in the healthcare programs before they choose where they receive their care.

“Transparency of information to the public is not only important for consumers to have more information about their providers where they live and to make choices about where they receive their care but it’s also an important lever of quality of improvement.”

David Wright is an analyst with the Centers for Medicaid and Medicare Services added:

“I think this will reinforce for people what we are looking for. And the standards that we hold them to and the expectations that these are corrected in the future.”

Nancy Foster, VP of Quality and Patient Safety at the American Hospital Association, a lobbying organization, said in a statement that health care is “complex and multifaceted” and professionals can quote “reach different opinions regarding the degree to which a requirement has been met.”

The quality of these programs has been a topic of debate on the campaign trail for both gubernatorial candidates in Florida. Republican candidate Ron DeSantis says the programs set a low standard of care by encouraging a lack of competition in the market for low-income patients. That’s why he says he wants to introduce a new platform with more plans for patients to choose from.

While Democratic candidate Andrew Gillum says patients who aren’t covered by their employers but can’t afford their own insurance polices, would lose out with DeSantis’ approach. He says only through programs like Medicaid and Medicare can people get the coverage they need.

Statistics from the U.S. Census Bureau show that almost 16 percent of people in Florida are uninsured.