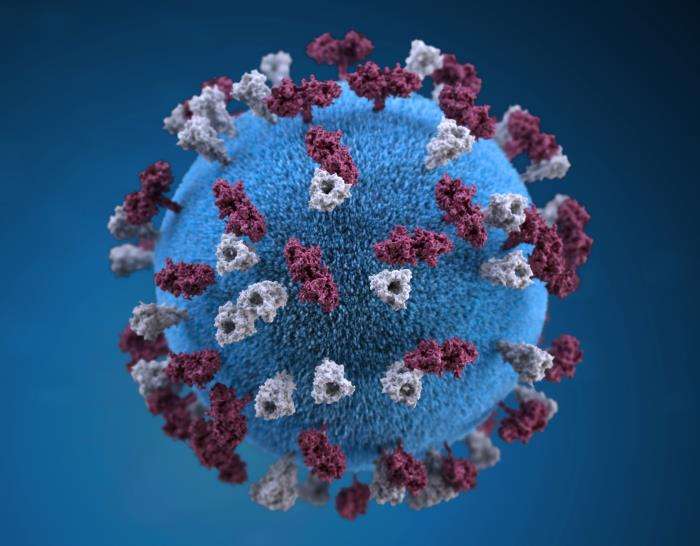 A Jacksonville resident caught measles locally. It's the first local case, but Florida's third measles case in 2019. (Illustration by Alissa Eckert for the CDC)

The Florida Department of Health is monitoring 93 people possibly exposed to measles after a Jacksonville-area resident was diagnosed.

Nationwide, there have been 1,249 measles cases, the most in more than 25 years. According to the U.S. Centers for Disease Control and Prevention, 75 percent of cases nationwide came from orthodox Jewish communities in New York with low rates of vaccination.

Florida has seen three measles cases in 2019: Two came from people traveling abroad who brought it home, but the third in the Jacksonville area was caught by someone who had not traveled abroad.

Measles is extremely contagious. A person can be infected two hours after someone with measles coughs or sneezes in a room. The CDC says 90 percent of the people around an infected person will catch measles if they aren’t vaccinated.

Measles can cause pneumonia, deafness, intellectual disabilities. For every 1,000 cases, one to three children will die from complications.

Health officials recommend getting children vaccinated; 97 percent of people who have had two measles vaccines are immune.

The measles was eliminated in the U.S. in 2000 through widespread vaccinations. That New York outbreak, which health officials declared over this month, would have ended that status had it gone on longer that a year.

“We want to emphasize that vaccines are safe,” said Dr. Robert R. Redfield, director of the CDC, in a press release. “They remain the most powerful tool to preserve health and to save lives. The prevalence of measles is a global challenge, and the best way to stop this and other vaccine-preventable diseases from gaining a foothold in the U.S. is to accept vaccines.”