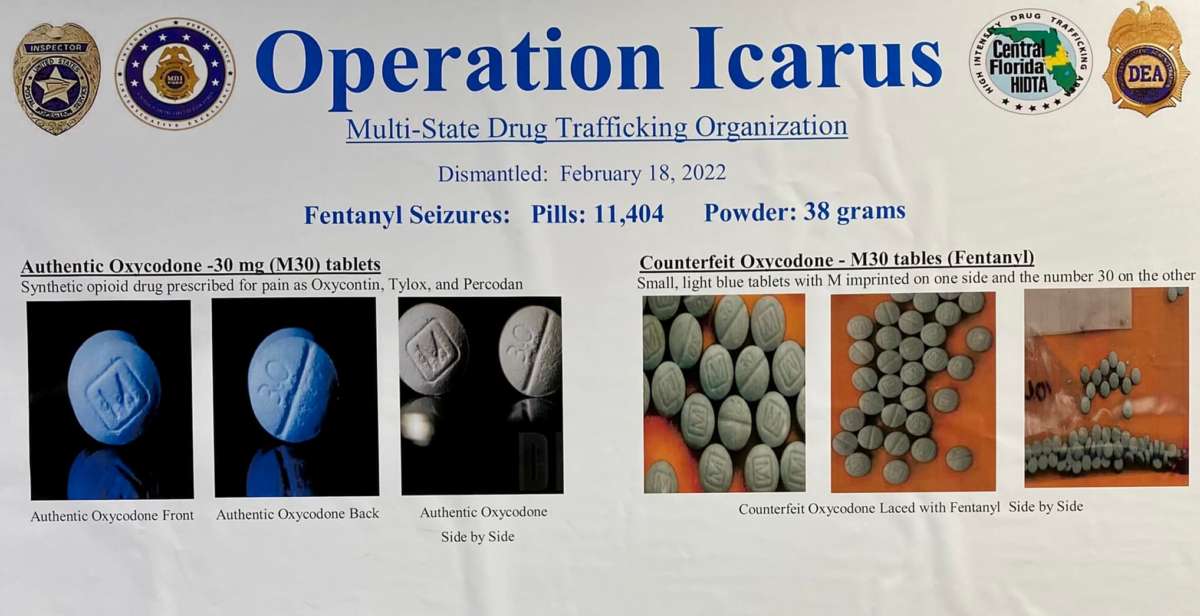 This image from a press conference on Operation Icarus shows fake oxycode pills that contain fentanyl. Photo: OCSO via Facebook

The Ninth Circuit’s Metropolitan Bureau of Investigation on Tuesday detailed a monthslong probe into a fentanyl trafficking operation run by an inmate out of the Orange County jail.

Three of the 16 suspects remain at large, but most were arrested by the end of last year as part of a multi-agency investigation.

MBI found something much worse.

“[H]e was running a major drug trafficking organization that was trafficking in pressed fentanyl bills that were disguised as oxycodone,” Stucker said.

Investigators seized 11,000 pills. They believe Albers, who has pleaded not guilty to several trafficking and conspiracy charges, ran the operation through his girlfriend and that she bought fentanyl from a dealer in Arizona.

Stuckers says people addicted to painkillers think they’re buying oxycodone on the street but end up with a drug a hundred times more potent, risking overdose and death.