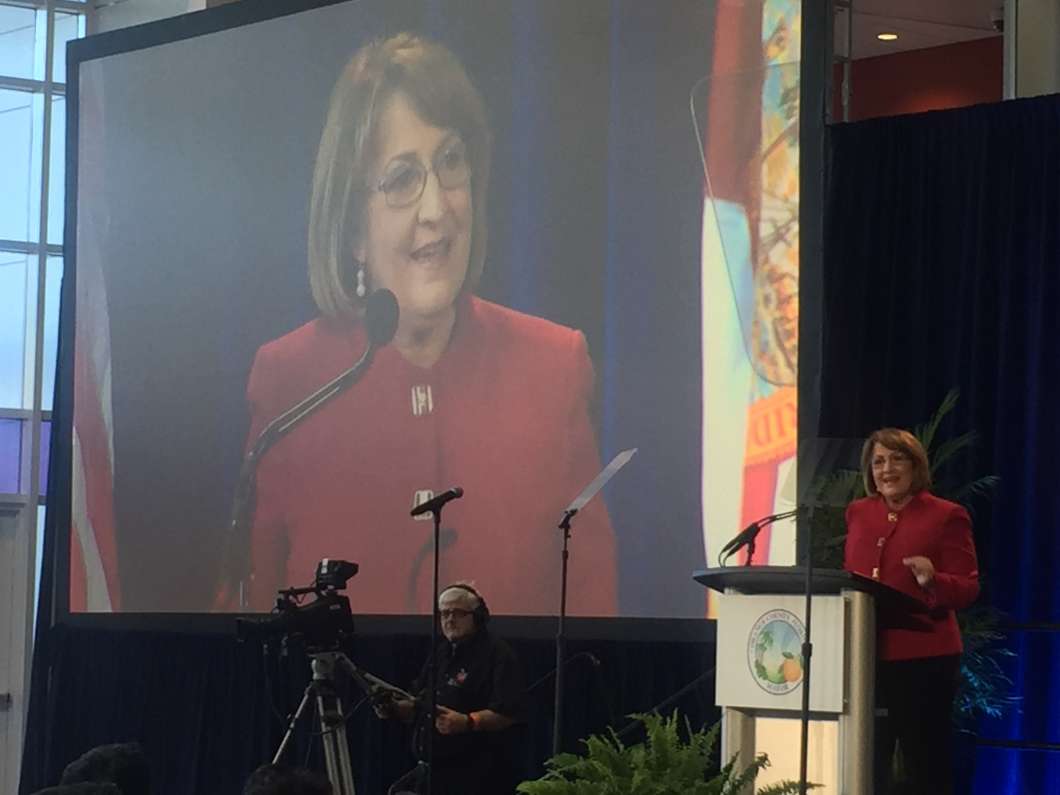 Mayor Teresa Jacobs described the past year as “unforgettable” for Orange County in her annual State of the County address on Friday morning at the I-Drive 360 complex in Orlando. Standing before a crowd of officials and residents, she touted celebrated overall growth in Orange County.

More people are now living in the area, which is being complemented by job and housing growth. Property values have also increased, which Jacobs called a benefit of the area’s rapid expansion. But with the highs come lows, she added.

She also praised the county’s affordable housing program and its heroin reduction efforts, and celebrated investments into Orlando’s downtown institutions like the Dr. Phillips Center for the Performing Arts and the Amway Center.

“We are now a destination that now successfully competes for some of the most prestigious events,” she said, attributing the county’s financial stability to a steady flow of tourist dollars.

It was the first public announcement about the state of affairs of the growing central Florida county since Hurricane Matthew and the Pulse nightclub shooting. Jacobs praised residents and officials for coming together amid unforeseen circumstances.

Jacobs paid special tribute to victims of the Pulse nightclub shooting and responders.

“The state of Orange County is strong. It is resilient and it is unified. It is proud; it is compassionate; and it is confident,” she said.

One area she hopes will improve over time is pedestrian safety across the county.

After the address, she and others formed a large heart at the I-Drive 360 complex. County officials say the annual address there drew the largest crowd to date.