Maxwell Frost, one of the first Gen Z candidates for Congress, has won his primary 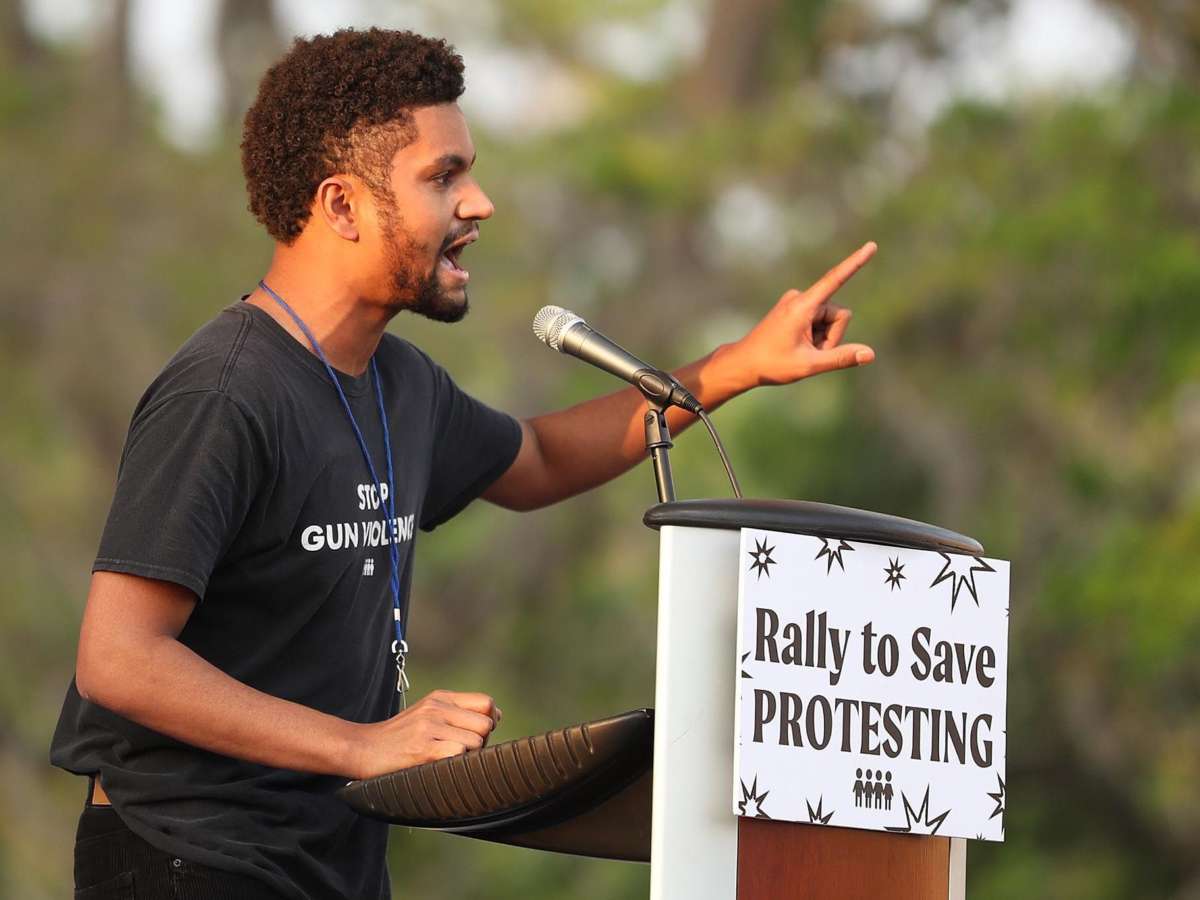 Maxwell Frost, National Organizing Director for March For Our Lives, speaks during a March For Our Lives Florida drive-in rally and aid event at Tinker Field in Orlando on Friday, March 26, 2021. (Stephen M. Dowell/Orlando Sentinel/Tribune News Service via Getty Images)

Maxwell Frost speaks during a March For Our Lives Florida drive-in rally and aid event at Tinker Field in Orlando on March 26, 2021.
Image credit: Orlando Sentinel

Frost’s win nearly secures his path to Congress since the Orlando-based seat is considered a solidly Democratic district. Frost will face off against Republican Calvin Wimbish in November.

“Today’s election is proof that Central Florida’s working families want representation that has the courage to ask for more,” Frost said in a statement. “I share this victory with the nurses, forklift drivers, teachers, caregivers, social workers, farmers, union organizers, cashiers, and other members of this vibrant community who supported this campaign.”

At 25 years old, Frost just qualifies for the age requirement to serve in the U.S. House. The 2022 midterms mark the first election where members of Generation Z can run for congressional office. The Pew Research Center considers anyone born between 1997 and 2012 to be Gen Z.

Frost campaigned on key progressive issues, including Medicare for All, a Green New Deal, student debt cancelation and an end to gun violence. He first became involved in political organizing in 2012 while in high school following the mass shooting in Newtown, Conn. He’s also spoken publicly about surviving a separate incident of gun violence.

“Our generation has been born into a lot of trauma and a lot of civil unrest around people being frustrated with things. And I think because of that, our generation naturally thinks about things in a bit of a different way,” Frost told NPR.

The former March for Our Lives national organizing director and ACLU activist beat out a crowded field of nine other competitors, including state Sen. Randolph Bracy and former Florida Reps. Corrine Brown and Alan Grayson.

In an interview with NPR, Frost acknowledged that age plays a symbolic role in his campaign.

“Yes we march, yes we engage in mutual aid, yes we engage on social media, and now we’re running for office because we believe that we are prepared to be in the rooms and to be the voice for our communities and we can do that and young people should be allowed,” he said.