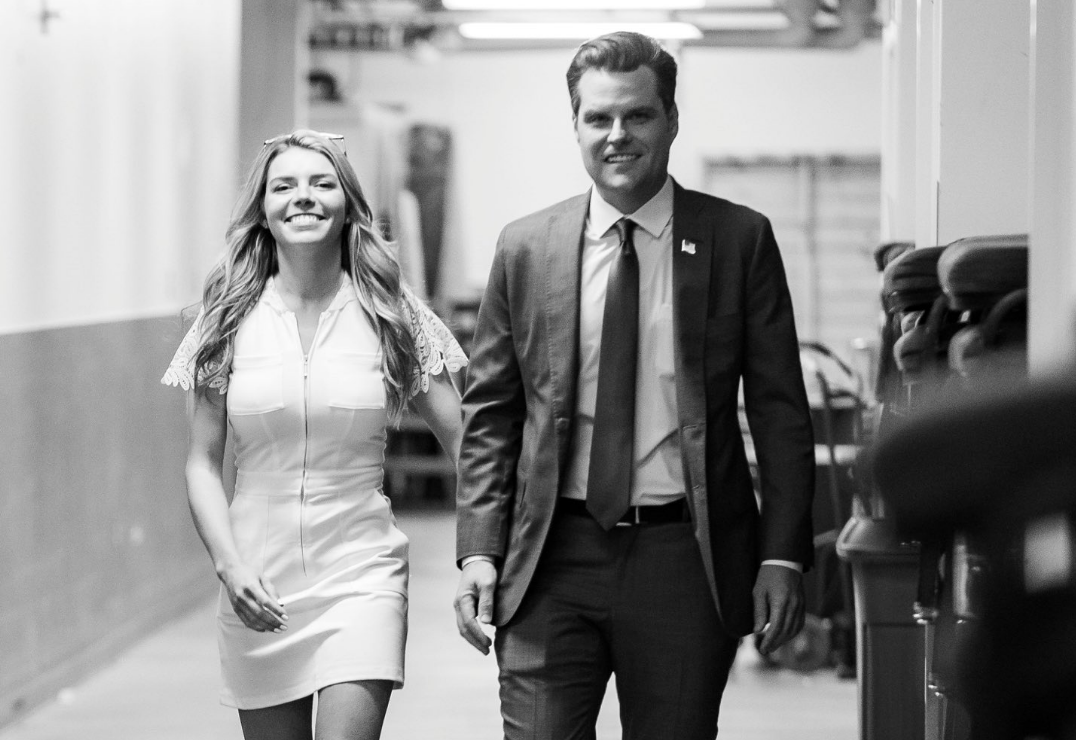 The 39-year-old Republican announced the Saturday wedding on his personal Twitter page.

He exclaimed “I love my wife!” along with a photo of them together.

Vanity Fair reports that a former staffer for Sen. Rand Paul performed the ceremony that was attended by about 40 people.

The couple had previously announced they would marry next year. Gaetz is under investigation in a sex trafficking probe that led to a guilty plea by Joel Greenberg, a close friend and former Florida county tax collector. Gaetz denies wrongdoing.