Math Looks The Same In The Brains Of Boys And Girls, Study Finds 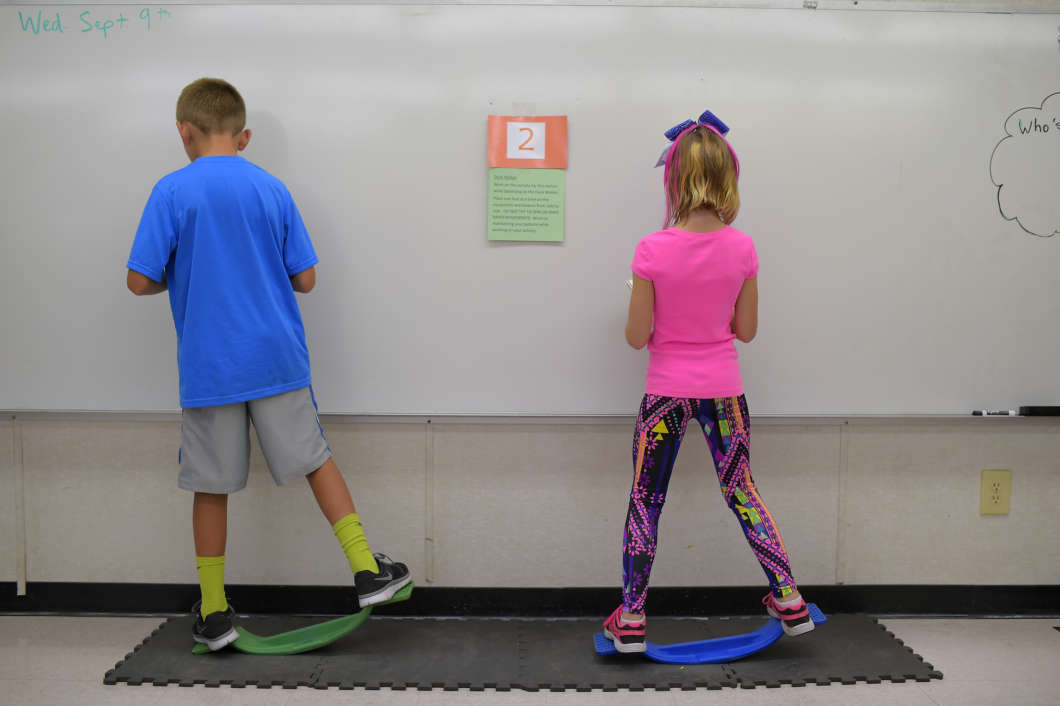 There’s new evidence that girls start out with the same math abilities as boys.

A study of 104 children from ages 3 to 10 found similar patterns of brain activity in boys and girls as they engaged in basic math tasks, researchers reported Friday in the journal Science of Learning.

“They are indistinguishable,” says Jessica Cantlon, an author of the study and professor of developmental neuroscience at Carnegie Mellon University.

The finding challenges the idea that more boys than girls end up in STEM fields (science, technology, engineering, and mathematics) because they are inherently better at the sort of thinking those fields require. It also backs other studies that found similar math abilities in males and females early in life.

“The results of this study are not too surprising because typically we don’t see sex differences at the ages assessed in this study or for the types of math tasks they did, which were fairly simple,” says David Geary, a psychologist and curator’s distinguished professor at the University of Missouri who was not involved in the research.

But there is evidence of sex differences in some exceptional older students, Geary says.

For example, boys outnumber girls by about three to one when researchers identify adolescents who achieve “very, very high-end performance in mathematics,” Geary says, adding that scientists are still trying to understand why that gap exists.

The new study came from earlier research by Cantlon that found boys and girls as old as 8 had similar abilities when it came to perceiving numbers and grasping elementary mathematics concepts.

That research showed how kids behaved, but not what was going on in their brains, Cantlon says.

So she and a team of scientists studied children as they engaged in math tasks while lying in a magnetic resonance scanner that monitored activity throughout the brain. The children watched an educational video that included clips from Sesame Street and covered math topics such as counting and addition as well as reading topics for comparison.

The researchers found that in kids, just like adults, math activities create a lot of activity in the intraparietal sulcus, a brain area involved in estimating the number of objects in a group, processing number words, and performing addition and subtraction.

And that activity was remarkably similar in boys and girls, Cantlon says. In fact, “you can’t tell one group from the other,” she says.

Finally, a standardized test of mathematics ability found no difference between boys and girls.

So why are fields like mathematics and computer science so dominated by men?

Cantlon suspects the answer involves the societal messages girls and young women get, and the difficulty of entering a field that includes very few women. “You can look at ratios of women and men participating in different activities and you can get the hint,” she says.

But Geary says an international study he did with Gijsbert Stoet at the University of Essex suggests a different explanation.

Using an international database on adolescent achievement in science, mathematics and reading, they found that in two-thirds of all countries, female students performed at least as well as males in science.

Yet paradoxically, females in wealthier countries with more gender equality, including the U.S., were less likely than females in other countries to get degrees in fields like math and computer science.

Geary thinks the reason may be that women in these countries are under less pressure to choose a field that promises an economic payback and have more freedom to pursue what interests them most.

Also, males may be more likely to choose science because they are less likely than females to have strong reading, writing and language skills, Geary says.

A study of gender achievement gaps in U.S. schools found that the gaps varied widely depending on whether the school was in a wealthy area.

When all school districts are pooled together, “there isn’t really a gender achievement gap in math, but there is in reading,” says Erin Fahle, an assistant professor at St. John’s University and an author of the gender gap study. Males were about two-thirds of an academic year behind females, she says.

But when the researchers focused on more affluent school districts, “boys tended to better than girls in math,” Fahle says.

That research, along with the new study, makes a compelling case that factors other than biological differences explain why girls are less likely to pursue degrees and jobs in math and science, she says.