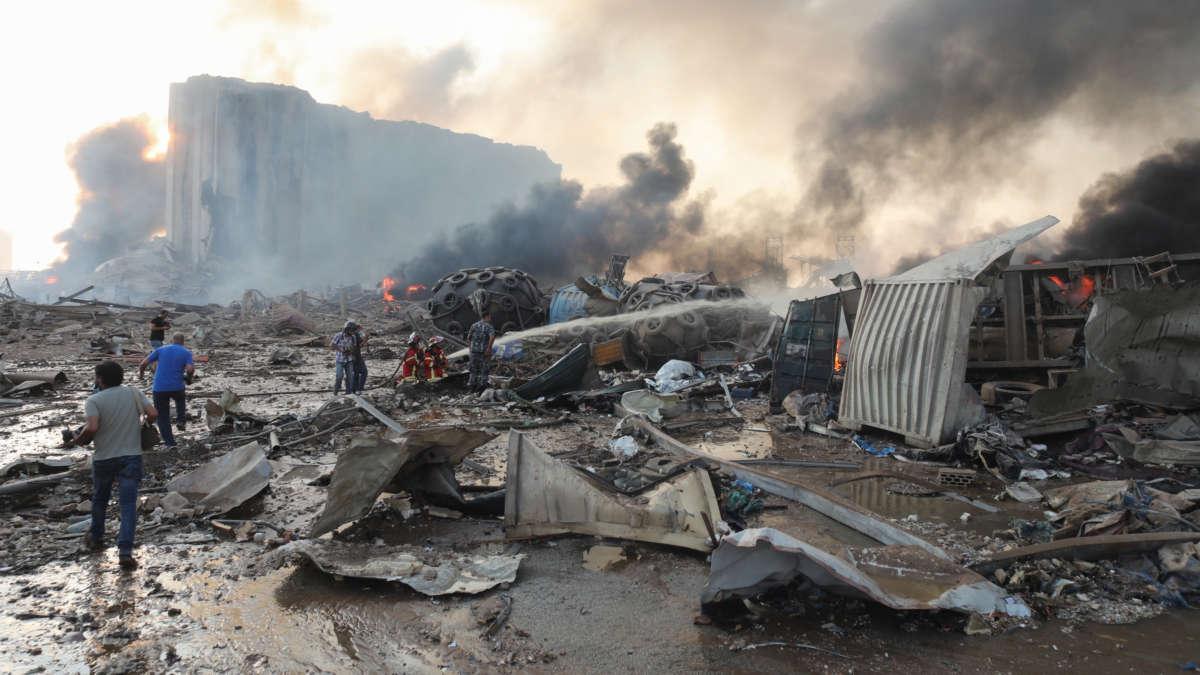 Firefighters extinguish flames at nearby damaged buildings following a large explosion at the Port of Beirut in Lebanon Tuesday. The massive explosion rocked the capital and its suburbs, sending a huge mushroom cloud into the skyline.
Image credit: Hasan Shaban

A huge explosion rocked Beirut Tuesday, shattering windows and damaging buildings across a wide swath of the city. The blast sent a huge mushroom cloud into the sky, seemingly emanating from a spot where a fire had been burning.

The dramatic explosion was caught on numerous eyewitness videos, as people had been filming the fire that was burning at an industrial port in Lebanon’s capital.

From a friend in #beirut pic.twitter.com/XAKSmUOau5

Early reports suggest the explosion came from a large fireworks warehouse. Some of the video recordings show what looked to be flashes of smaller explosions before the large blast.

Photos from the aftermath show emergency crews tending to people with a range of injuries, including many who were cut by flying glass.

Lebanon’s state news agency NNA say the explosion followed a fire at the Beirut Port. It adds that the explosions “reverberated in the capital and the suburbs, and left behind great damages to the surrounding buildings and a considerable number of wounded.”

Evacuations are underway in the area, the agency added.