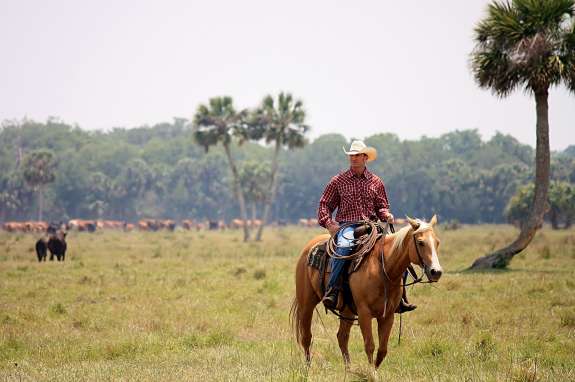 State agencies are expressing concern about a proposed development in Osceola County that would be the largest in Florida.

The Deseret Ranch development would be nearly twice the size of Orlando.

The development planned for ranchland now owned by the Mormon Church would be built over many decades. The proposal extends through 2080.

Charles Lee of Audubon of Florida says state agencies are raising many of the same concerns as his organization. One of them is that population densities don’t support mass transit.

“The land forms in the Deseret development resembled more sprawl than urban concentration, and if they wanted to serve it with mass transit they would have to concentrate densities, tighter and higher densities in more compact areas.”

Charles Pattison of 1000 Friends of Florida says water is another concern.

“Where’s the drinking water going to come from for this many people? I mean, this project alone is projected at build-out to have more than 470,000 people, and that’s on top of any other growth that happens in your region.”

The Deseret Ranch development is under state review. The review is expected to be complete later this summer.