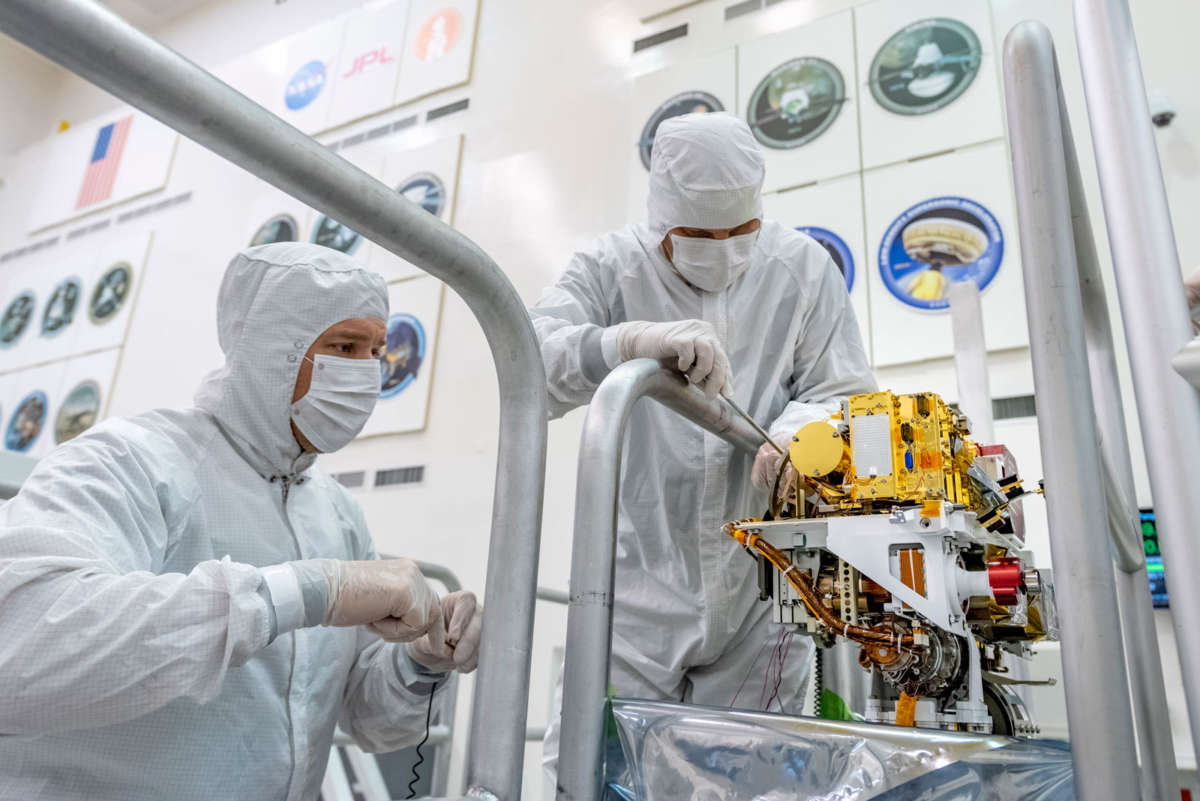 NASA’s Mars rover is getting the first sounds of Martian wind using a microphone mounted to the robot’s mast.

The team responsible for Perseverance’s SuperCam instrument started unpacking the boom arm and fired up the on-board microphone for the first time. The hardware captured sounds of Martian wind from the rover’s home in Jezero crater

The SuperCam will help the rover identify rocks on the surface by firing lasers at them and using the microphone to listen to the sounds. Scientists can use the acoustical data to help determine what the rock is made of.

Perseverance is looking for ancient signs of life on the Martian surface. Scientists say Jezero crater was once an ancient lake and a good spot to look for evidence of past Martian organisms.