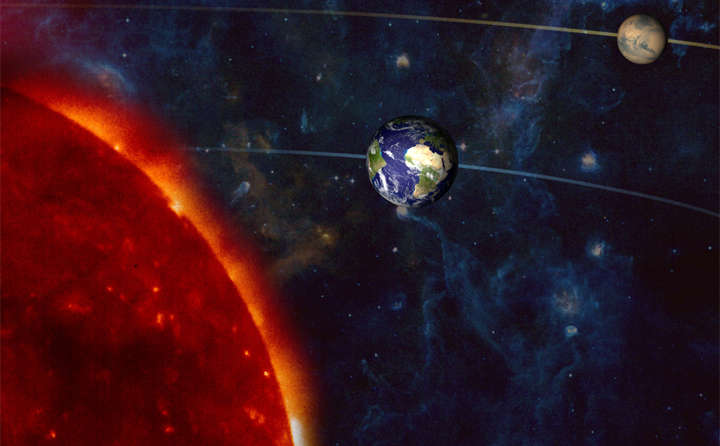 This month, stargazers will get an up-close view of the planet Mars.

Like all planets, the Earth and Mars orbit the sun but they do it at different speeds. Earth orbits about twice as fast as Mars, so every two years or so, they catch up to each other.

The Mars Opposition is happening this month and means Mars and the sun are on opposite sides of the Earth, giving an up-close view of the red planet.

Seminole State College Planetarium Director Derek Demeter said this is the closest the planet has come to Earth in more than 15 years, making it appear larger than usual and giving an exceptionally detailed view.

“It’s big enough to where you actually see surface features on the planet,” said Demeter, “including the polar caps, some of the larger basins on Mars. It gives you a sense you’re actually looking at a planet instead of a tiny red dot.”

Demeter says Mars will rise out of the south-eastern night sky around 10 o’clock. The best time to view Mars is toward the end of the month.

At the end of July, the Central Florida Astronomical Society will host free telescope viewing events.