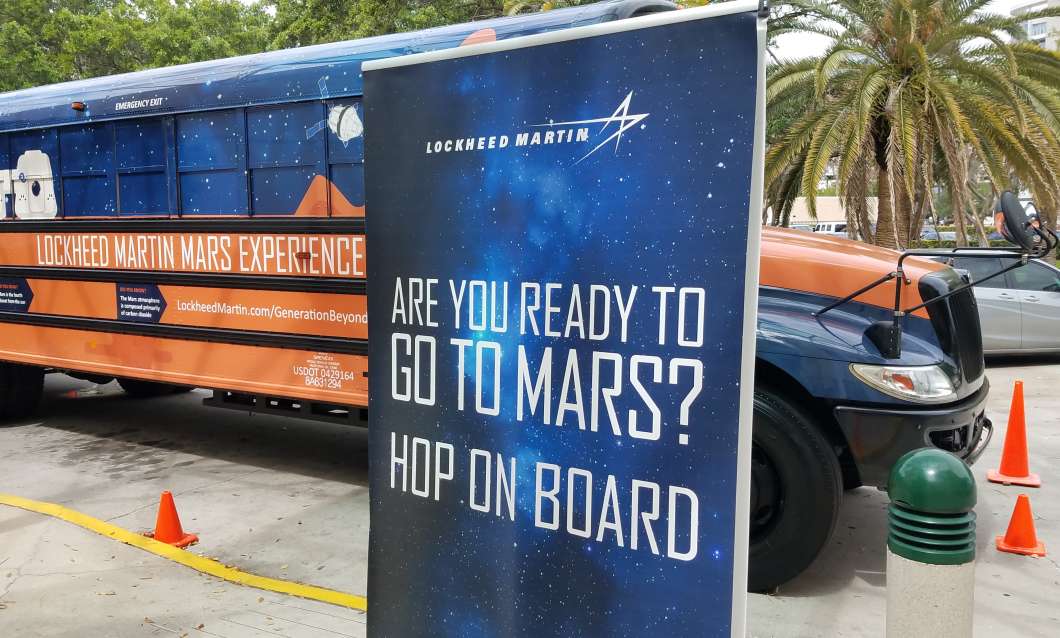 Lockheed Martin’s virtual-reality bus is making a stop Saturday at the Orlando Eye. The orange and blue school bus has been fitted with TV screens instead of windows, giving passengers inside a virtual view of the red planet.

It’s part of Lockheed’s “Generation Beyond” program aimed at inspiring students to pursue a career in the STEM field. Tom Mirek, Vice President of Engineering and Technology at Lockheed Martin, hopes it gets kids interested in STEM. “So hopefully this is a motivation. How do I do more? How do I learn more?”

Mirek said there’s a difference between what inspires each generations of engineers. “I think a lot of us at Lockheed Martin probably got into being engineers and scientist because of the engineering program in the 60’s. I know that’s what really got me to be an engineer – getting the moon in 1960s.”

He hopes Mars will be this generation’s moon-shot. “To give them that focal point to say ‘that’s really neat, I want to do that. How cool would it be to go to Mars or help design a space craft to go the Mars?’”

Lockheed works with schools to provide educational resources to promote STEM learning. The bus already made stops at the Orlando Science Center and Walker Middle school.